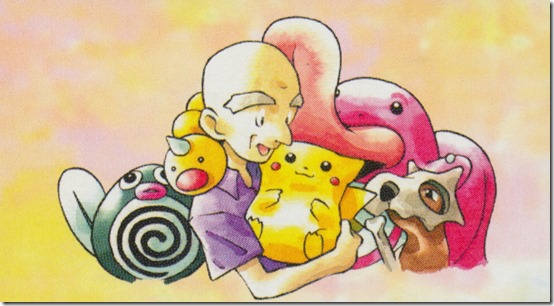 Ken Sugimori is best known as the character designer and art director for Pokémon, but have you ever wondered what he did before that? In a recently released art book of his, titled Ken Sugimori Works, Sugimori shares stories about his work with Game Freak and life before Pokémon.

Game Freak started out as a group of amateurs in the business of publishing gaming magazines in the ’80s. At the time, Satoshi Tajiri, who would go on to create Pokémon, was in charge of the editorials and Ken Sugimori handled the illustrations. 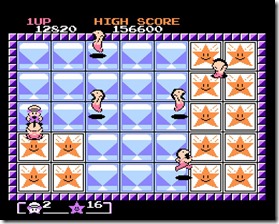 It wasn’t until after Game Freak’s release of the 1989 action puzzle game Mendel Palace, which they co-developed, that they became a full-fledged company. However, prior to this, Sugimori says he had other work going on during his early days working at Game Freak.

“While working on game graphics for the company, I was still working on drawing manga,” Sugimori shares in an interview in the book, “namely Mendel Palace for the ‘Famicom Hisso-bon’ and Jerry Boy for the ‘Family Computer Magazine’.”

Following this was his work contributing illustrations for The Adventure of Valkyrie Gaiden: Two Goddess. At this point in time, Sugimori was not considered a regular staff member of Game Freak. Sugimori explains that the reason for this is that, at the time, he still wanted to remain a manga artist.

He’s then asked in the interview if he just eventually gave up on being a manga artist to become an official staff member of Game Freak to develop videogames at the company.

“Yes, well, I didn’t exactly just give it up,” responds Sugimori. “While I had my regrets of living the lifestyle of a manga artist, I honestly also felt that I was at my limit. On the other hand, it was really fun working at Game Freak. Apparently, the president was waiting for this time to come, and after two years since the founding of the company, he asked again, ‘how would you like to become an employee?’”

From there on out, Sugimori not only worked as a game designer, but he also worked as a director, starting with a Magical Taluluto game for the Sega Mega Drive. 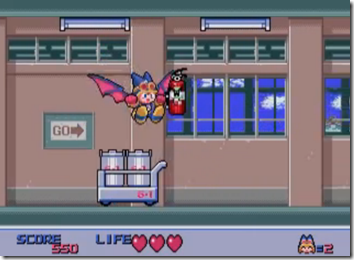 “At the time, we were in talks with the folks at Sega for various projects,” recalls Sugimori. “They asked what would Game Freak like to do. We had various choices, one of which used a certain fast food chain’s character, a Phantasy Star sequel, and more. Out of all those, partially because I was reading the manga at the time, we decided to go with Magical Taluluto.”

According to the interviewer, the staff members got a scolding from the company president when they voiced their displeasure at having to make a character-based game. Sugimori explains that, at the time, character games were very common and not many of them were great.

However, he used that as the motivation to continue on in this direction to make a great character game.

The opening Sega voice chime was also one of the extra efforts Sugimori and the rest of Game Freak put into the game, as they actually got the voice actress for Taluluto to record it, which was quite a feat at the time.

“Two years after Pulseman, Pokémon Red and Green were released, and thankfully, it was a big hit, and I’ve continued working on [Pokémon] since,” says Sugimori.

“While it is a thing of joy, I’ve also had feeling of occlusion. If I were to continue drawing for Pokémon, I’m sure it’d bring a sense of peace and security, but I also wonder what would happen if I were to do something completely different.”

“When I draw illustrations for Pokémon, I am highly evaluated, but for example, if I were to start something from scratch, then perhaps this would be a true way to personally evaluate myself? Well, so I say, but in the end, I’ve realized that it’s not that big of a deal,” Sugimori concludes with a laugh.