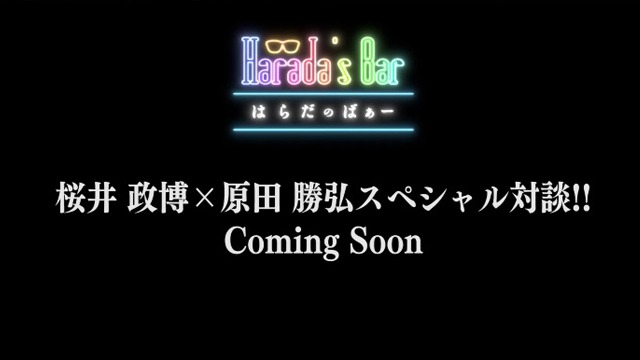 Tekken series Producer and Director Katsuhiro Harada revealed that Super Smash Bros. series Director Masahiro Sakurai will appear on the Harada’s Bar program. Harada shared the special guest appearance through his Twitter account and revealed that the program will arrive sometime in the coming weekend. [Thanks, 4Gamer!]

The Harada’s Bar YouTube channel has released a teaser trailer for the program. In it, Harada walks through the streets of Japan before entering Sakurai’s home. The skit continues with Harada interrupting someone taking a shower. He then heads up the stairs to meet with Sakurai and the rest of the recording crew in another room. However, the video does not reveal any potential topics the two developers will discuss.

You can watch the preview video for the upcoming Harada’s Bar broadcast featuring Masahiro Sakurai below.

Previous Harada’s Bar program broadcasts have revealed information about the development of several games. Most recently, this provided a look into the development of Street Fighter x Tekken. This included a full explanation as to why images of characters were not shared beyond the model of Akuma that appeared in Tekken 7.

Harada is also known to share choice bits of information through his Twitter account. This includes how he approached members of Bandai Namco to suggest that Yakuza series protagonist Kazuma Kiryu be added into Tekken 7. However, he mentioned in the same Tweet that it would be more likely that he would appear in a Yakuza game.