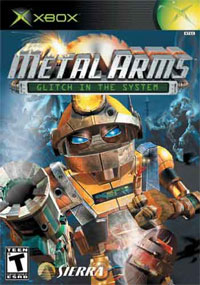 More Xbox Originals are coming, just not for Korea. If you’re in any other region Metal Arms: Glitch in the System (OK, this isn’t coming to Japan either) and Splinter Cell: Chaos Theory will join the small library of downloadable Xbox games on Monday, April 21. Both games are priced at the standard 1200 Microsoft Points ($15) per Xbox Original, which hardly seems like a good deal.

Used copies of Splinter Cell: Chaos Theory cost $5.99 at GameStop. Metal Arms: Glitch in the System is only a dollar more for a price of $6.99. Sure, used games may not be in great condition, but physical copies cost are less than half the price Microsoft is charging.