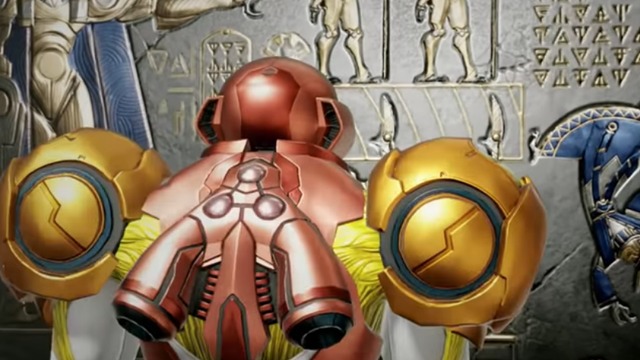 Nintendo has released a new Metroid Dread teaser, which reveals a mysterious new society. The teaser itself is relatively short, clocking in at roughly thirty-five seconds. However, it provides a look into this secret society that players will explore in Metroid Dread. Please keep in mind that despite being short, this new teaser does potentially feature heavy spoilers.

The teaser opens with Samus potentially descending in an elevator. It then immediately cuts to the protagonist looking at a series of hieroglyphics depicting this new, mysterious society. There is a brief look at a statue, along with a character that appears to be some kind of alien. Additionally, there are a handful of motion graphics that play out several scenes.

You can watch the latest Metroid Dread teaser below.

Nintendo first revealed Metroid Dread at E3 2021. The project had originally gone dark for several years, having originally been in development for the Nintendo DS before its cancellation. The title was then revived and re-announced at Nintendo’s E3 2021 presentation. Metroid Dread will arrive as a 2D platformer.