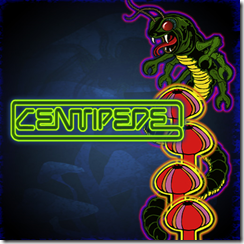 One of Microsoft’s CES announcements leaked on to the Internet early. In a video interview posted early on the Channel 9 developer community site, Robbie Bach describes the Xbox Game Room.

“The game room in some ways is a retro approach and it’s interesting there is a generation of people, sort of my advanced mature age, that grew up with a set of games like Centipede,” said Robbie Bach, President of Microsoft’s entertainment division.

“They look almost like casual games today. At the time they were high end edgy games and game room is the idea of bringing them back to the market and bringing that to a very broad audience. I think what we’re going to find is that when people get thirty or more of these games they’re going to love it for the experience.”

The soon to be announced Xbox Game Room sounds similar to the “Avatar Arcade” which was first mentioned in a survey late last year. Early pictures of the service show avatars playing arcade machines  with Atari and Intellivision branding. Details about pricing and game developer partners have not been announced leaked.