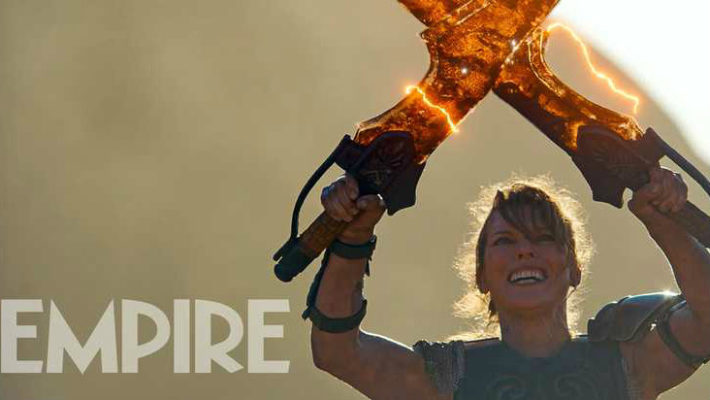 Another look at the Monster Hunter movie has appeared, and this time it includes information about the equipment Milla Jovovich’s character, Artemis, will wield in the movie. It turns out the film will be drawing from real life. Jovovich actually plays Monster Hunter, and so Artemis will be wielding the Dual Blades she actually uses in-game in the movie. [Thanks, Empire!]

The reveal came up in an Empire interview that was first teased in an early peek on the website alongside an exclusive still of Jovovich wielding the Dual Blades in the Monster Hunter movie. Paul W.S. Anderson, who is the director and writer for the film and Jovovich’s husband, and Jovovich talked about how her equipment set for the movie came to be. Apparently, the choice came down to the actress, who went with those because of how she imagined they would look in-action.

Although Milla’s character’s not specifically in the game, she chose the same armor and weapons she uses in the game, so there were aspects of her game character that got folded into the movie representation.

As a fun aside, the interview also ended up explaining why Jovovich uses Monster Hunter’s Dual Blades. It came down to practicality. She noted, “I experimented with different weapons during the game and was able to kill more monsters with those blades.”