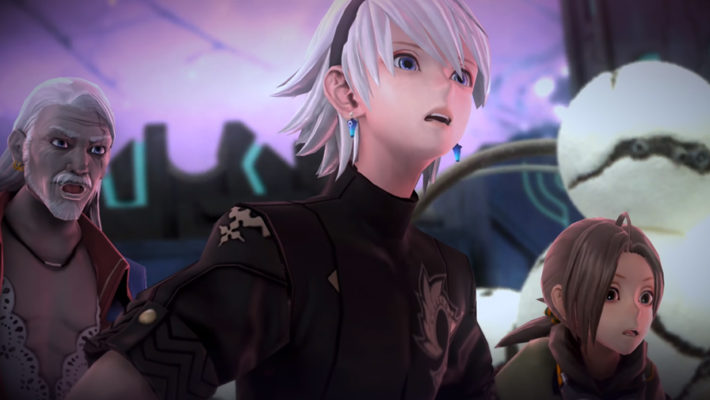 New information confirmed that Fantasian will have two parts. The first half of the game will release in March 2021, while the second half will release later in the year. Additional details about the game’s systems, particularly involving its dioramas and maps, also appeared. [Thanks, Famitsu!]

According to Famitsu’s new report, both parts of Fantasian will each be 20-30 hours long. The title is exclusive to Apple Arcade and will release in March 2021 in over 150 countries worldwide. The second half of Mistwalker’s new turn-based JRPG will release later in 2021.

As for gameplay systems, Fantasian‘s environments are made of actual dioramas, and the title displays its mini-maps as dioramas from above, too. The party will also be able to use the world map to move around as they progress. Additionally, the player can fast-travel to points on the mini-map, like shops and save points. Warping is also an option on the world map once the player has visited a location. This includes unlocking warps to other multidimensional worlds.

We recently heard from Hironobu Sakaguchi about Nobuo Uematsu’s involvement in the upcoming title. This may be the last video game for which Uematsu writes the entirety of the music. Mistwalker also talked about its story and features..

The first of Mistwalker’s two parts of Fantasian will come to Apple Arcade with support for all iOS devices in March 2021.