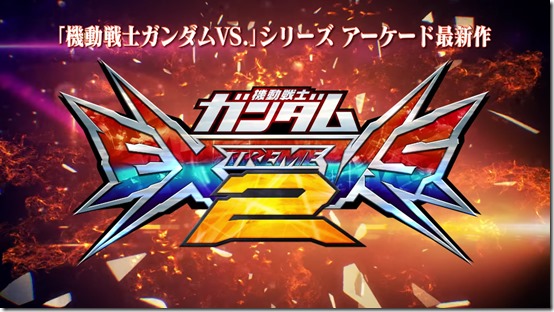 Bandai Namco recently announced a new 2v2 arcade action game, Mobile Suit Gundam: Extreme Vs. 2, and the company had more information to share including a location test that is coming to Japan this May. [Thanks, Ryokutya2089.]

Other than the teaser trailer, we haven’t had a proper look at the arcade game, but Ryokutya appears to be quite surprised upon seeing the graphics for the game. In any case, it shouldn’t be long until we get a look for ourselves with a location test arriving in Japan next month. Information on that will be shared on May 2, 2018.

The magazine also had a few Mobile Suits to announce for the game:

All Mobile Suit models have been revamped, and they say the graphics certainly shine for their new looks.

There will be Extreme Gundams, including Extreme Gundam Type Leos and everything else. The Sthesias are also shown as lovely Navi characters. As for the gameplay, it’ll be 2v2 as previously reported, but there will be some new elements to the familiar fight.

Mobile Suit Gundam: Extreme VS. 2 is in development for arcades with plans to release in Japan in 2018.