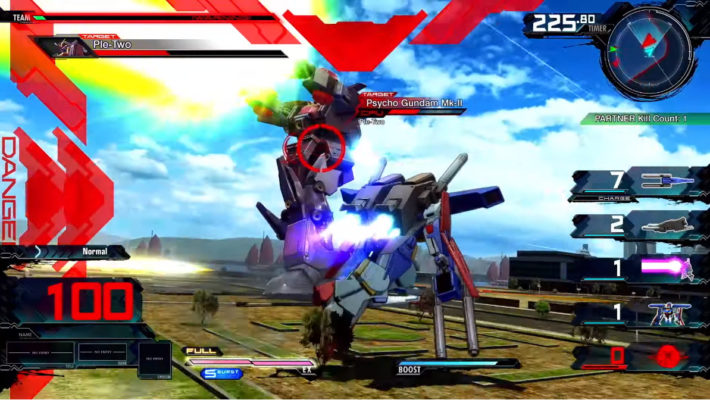 While the main draw of Mobile Suit Gundam Extreme VS Maxiboost ON is the game’s 2v2 multiplayer gameplay, the title also has a singleplayer mode called Maxi Boost Missions. Bandai Namco detailed these in a new trailer.

Maxi Boost Missions are a way for new players to ease themselves into the game, as the entire mode involves fighting against CPU units. The mode is split into areas and missions, and each area is guarded by a boss unit that players must defeat in order to move onto harder missions. Like other games in the series, missions can even sometimes feature CPU-exclusive ally or enemy units.

Mission types include normal missions, where the goal is to deplete the enemy Cost gauge and defeat specific foes, score attack missions, and missions where you recreate story scenarios with unit and enemy combinations. There are also special Break Missions, which will weaken the area boss if you complete them.

While previous mission modes allowed players to upgrade their units’ stats via tiered stat upgrades, this time units can be upgraded via equipping skills into available slots. This allows you to spec your units to your playstyle.

Mobile Suit Gundam Extreme VS Maxiboost ON will come to the PlayStation 4 worldwide on July 30, 2020.