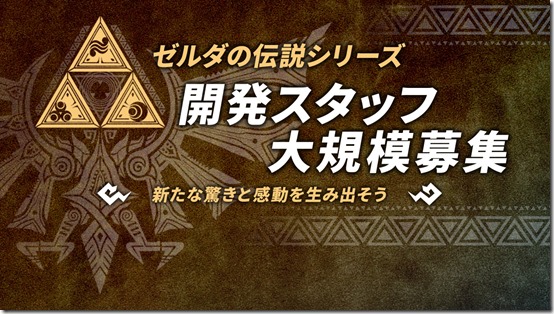 Monolith currently has three studios in Japan. The Tokyo studio is the main one, used to make Xenoblade games. They’re also the ones that helped in the game design and environments for Breath of the Wild. The second one is based in Kyoto and close to Nintendo, so they’ve helped out on assets for different Nintendo games including Splatoon and Animal Crossing. The third studio opened earlier this year in Iidabashi, but there’s currently no information on what they’re working on.

There are currently two projects in the works by Monolith Soft. One is “Production 1” that is being handled by the Xenoblade team and this new Zelda project would be “Production 2” for the company.