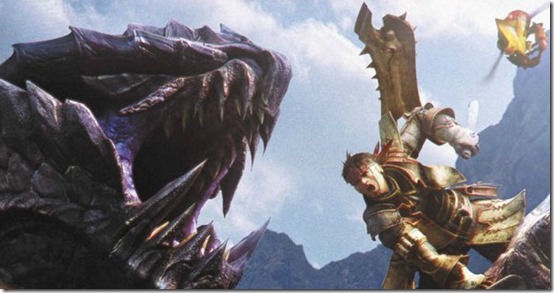 Monster Hunter 4’s cover monster is Goa Magara, but we haven’t seen much of him, aside from knowing him as a terrifying, dark dragon-like creature. Capcom gives us a closer look at the upcoming dark terror in their latest update.

Here’s a look at just some of the ways Goa Magara will be terrorizing hunters: 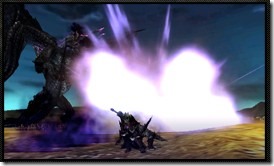 Breath Attack: As if shooting out powerful breath attacks wasn’t enough, the attack also explodes upon impact, making it much more difficult to dodge than your average fireballs from Rathalos or Rathian. 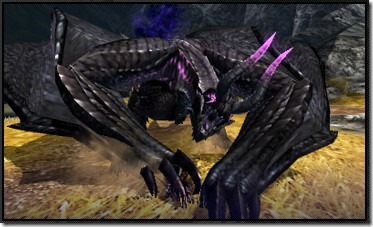 Binding Attack: Goa Magara can use its powerful arms to grab a Hunter’s entire body. You’ll be required to repeatedly hit buttons to escape, or you’ll end up taking huge damage. 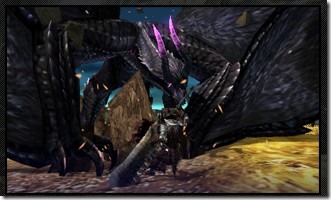 Smash Attack: In addition to being able to grab you, Goa Magara will also use its arms to try smashing Hunters. Its force is powerful enough to change the landscape, so it’s safe to assume that you could easily be killed in one hit if you’re not prepared. 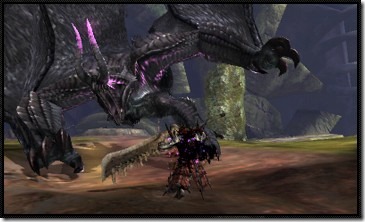 Dash Attack: Similar to other wyvern monsters, Goa Magara will jump and charge towards you without any mercy. Don’t forget that it can also fly, so it will also be performing these attacks from above. 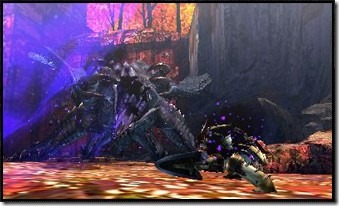