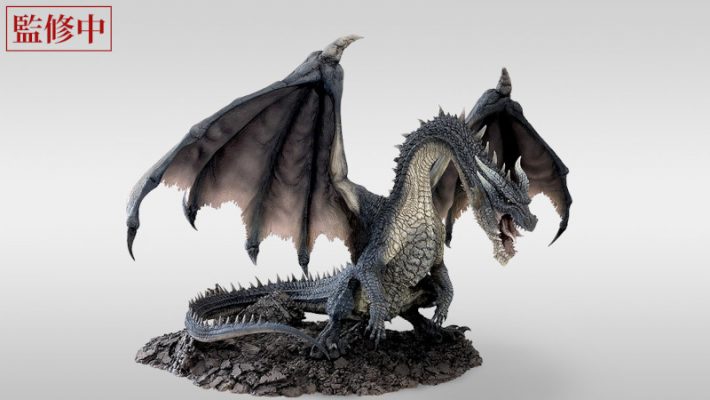 Capcom revealed a release date for the Capcom Figure Builder Creator’s Model of Fatalis from the Monster Hunter series. The figure of the legendary elder dragon will be available with a price tag of 29,700 yen (~$268) on December 9, 2021. [Thanks, Hobby Watch!]

The Fatalis figure will come with a gravel-like pedestal. With the pedestal included, it will have an overall length of around 42 cm, a width of 47.5 cm, and an overall height of 32 cm.

Capcom opened pre-orders for the Fatalis figure on its e-Capcom web store at the same time it put up Monster Hunter Rise character acrylic standees. However, the figure’s stock sold out in just a few hours. 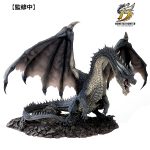 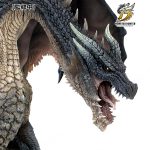 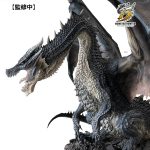 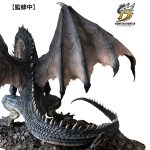 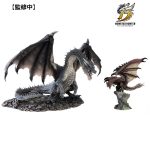 Fatalis is an elder dragon that appeared since the inaugural Monster Hunter title on the PlayStation 2. The legendary black dragon is so powerful that only the most experienced hunters are allowed to fight it. In Japan, it is known by the name Milla Boreis.

In the current-generation consoles, players can attempt to hunt Fatalis in Monster Hunter Generations Ultimate on Nintendo Switch and Monster Hunter World: Iceborne on the PlayStation 4, Xbox One, and PC.