An early viewing of the Monster Hunter Hollywood movie’s official trailer has been leaked online, showing off a first look at Milla Jovovich and Tony Jaa’s characters, as well as Rathalos and Diablos. [Thanks, Monster.Hunter.Asia!]

Check it out below:

The footage comes from the Shanghai International Film Festival, where the trailer was previewed in an event with Constantin Film’s Chairman Martin Moszkowicz present. 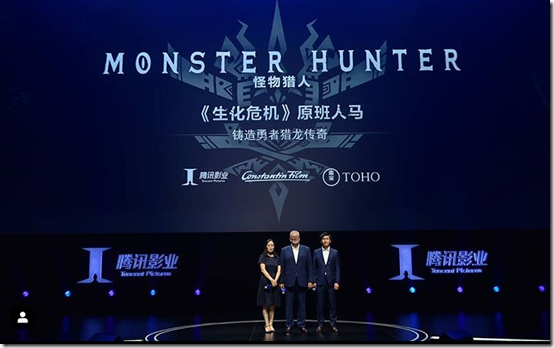 Apart from the trailer, it was announced that Toho and Tencent will be bringing the movie to cinemas in Asia.

In the movie, Milla Jovovich plays Lt. Artemis, who is transported into the world of Monster Hunter from the real world. Soon, she meets up with the Field Team Leader (played by Tony Jaa), as well as several other characters based on Monster Hunter World.

The Monster Hunter movie will begin screening on September 4, 2020.