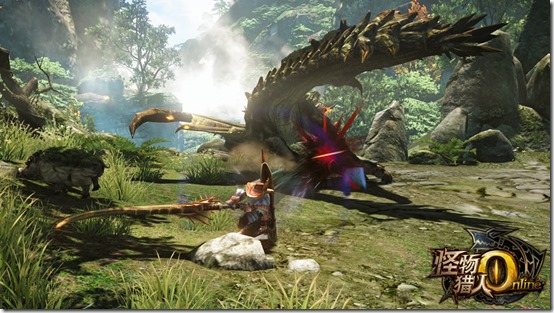 Yoshinori Ono is known for being the charming face of the Street Fighter franchise, and can often be seen sporting a smile at various fighting game events around the world. In addition to his work in the fighting game realm, however, Ono has also been involved in the development of Monster Hunter Online, with Chinese developers Tencent Games.

Famitsu recently talked to Ono and Capcom Online’s Kazunori Sugiura about the upcoming game, to ask a few questions about just what it is. Famitsu got straight to the point, and asked Ono to fill us in a little on the game. 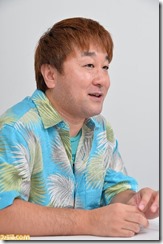 “I always thought I’d be asked about this,” Ono begins. “Of course, it isn’t a counterfeit; it is a  Monster Hunter-branded online game, jointly developed by Capcom and Tencent from China. When it comes to online games, it’s all about the ‘service’. This also means matching the country, and its circumstances through ‘culturalizing’.”

“On the other hand, if we were to expand it to Japan, we’d have to change the service by making it into a Monster Hunter that Japanese players love.”

“I want to let you all know that it’s not simply about localizing and making it into HD graphics,” Ono emphasizes. “I’m sure there are many who’ve been wondering, ‘When will we be able to play it in Japan?’ and by no means do we intend to betray those expectations.”

“The base is Monster Hunter Frontier G, so we, the Monster Hunter Frontier G team have been cooperating [with Tencent],” adds Kazunori Sugiura. “We’ve revealed a trailer, but I believe the difference can’t be seen from that alone; however, it is being developed with Chinese optimization [in mind], so some Japanese players might say ‘Huh?’ after seeing some things. I believe it will be better understood once we reveal more information.”

For the past 13 years, video game consoles have been banned in China. For this reason, a good majority of Chinese gamers have turned to PC gaming. With the country’s high population in consideration, this could mean we’ll be seeing plenty of Monster Hunter Online players, since Tencent are developing it for PC.

“The company known as Tencent are known for being China’s leader for online games,” says Ono. “When we talked about the number of people who will be connecting, they said ‘several million people’ (laughs). For us, we’re talking several ten-thousand people. I was reminded how that would be expected from a country boasting over 1.3 billion people.”

“Tencent have grown as a company through operating their online games, so I believe that if it doesn’t go well with Tencent, it’d be impossible with any other company,” Sugiura adds.

In an earlier interview, Ono discussed the difference between the profits of free-to-play and full-priced titles. This also applies to Monster Hunter Online, which will also be a tricky business to manage for the two companies. Famitsu asks about the secret of operating online games. 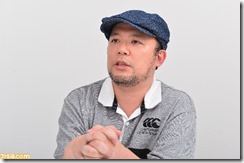 “Now that’s got to be the ultimate question of them all,” Sugiura says with a laugh.

“I believe it’s about ‘getting the customer’s acceptance’. I think that it doesn’t matter how we do it, as long as we get their acceptance.”

Famitsu asks about what distinct Capcom characteristics they plan on considering for future online games.

“It’s important to look at things from the eyes of the players, and to keep continuously providing services to your customers,” says Ono. “Those services can be messages that are in the game, getting rid of bugs, or increasing the amount of items and content. Such things should be decided upon seeing the customer’s reactions. This may be what we call ‘Capcomism’.”

Sugiura: “From this point on, we will be releasing plenty of new titles aside from Monster Hunter Frontier G. On behalf of Capcom, we’ll be putting strenuous efforts into those games and will be releasing many online titles. I hope we can continue releasing more games while staying true to the essence of Capcom.”

Ono: “It is thanks to Monster Hunter Froniter G that Capcom have been able to continue developing online games. We’re very grateful for that. As thanks, I believe we will be releasing great games that will be available to as many people as possible. For those of you who’ve never played any online games, we’re putting effort into Monster Hunter Frontier G in hopes of making you want to try it out for the first time, so please look forward to it.”