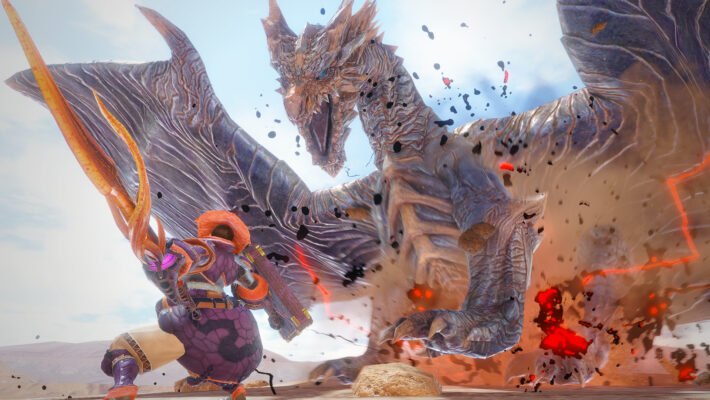 Capcom has added a new Kushala Daora event quest to Monster Hunter Rise, in addition to a new guild item provisions pack filled with upgrade materials and goods. Unlike past event quests, there are no special cosmetic rewards for the Kushala event quest. Both add-ons are immediately available via Senri the Mailman.

The event quest is titled “Tempest in the Desert.” As the name suggests, players will have to slay a Kushala Daora in the Sandy Plains. Similar to most elder dragon hunts, players must be above Hunter Rank 8 to take on the quest. Following last week’s Apex Mizutsune and Zinogre hunt, this week’s event quest marks the first time that a weekly event quest has not given players some kind of reward.

As with past add-ons, players can download the quest at any level by visiting Senri the Mailman in the Steelworks Area of Kamura village. Additionally, players can also download a new “Guild Provisions 2” pack starting August 20, 2021. This pack will include several armor spheres for upgrading equipment, as well as Steel Eggs for selling, and Dango Tickets. Below is a list of all the items included:

You can also check out a screenshot of the quest details below: 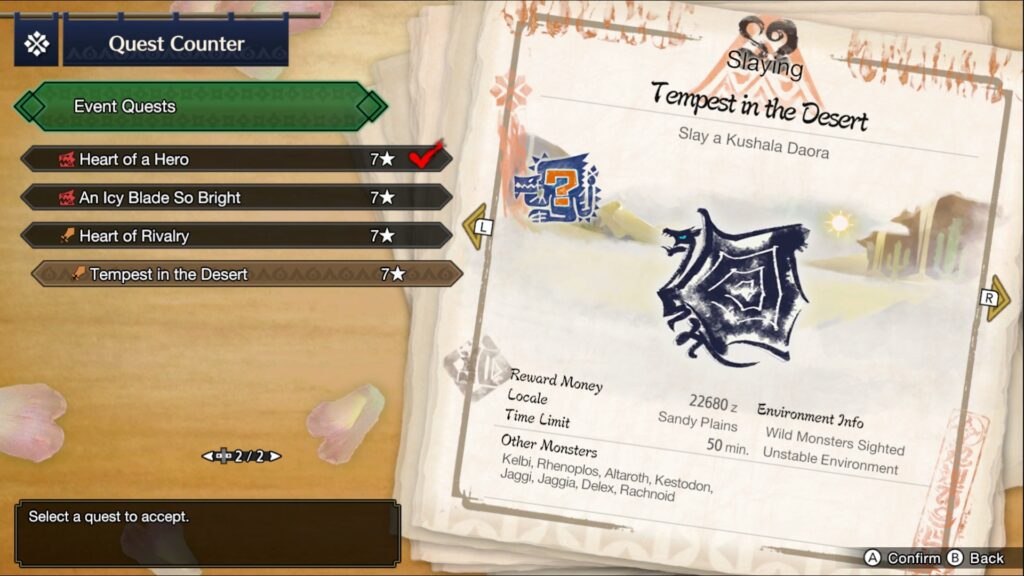 Monster Hunter Rise is immediately available on the Nintendo Switch, along with both the Kushala Daora quest and item pack. A PC version of the game is currently in development and set to release sometime in 2022.