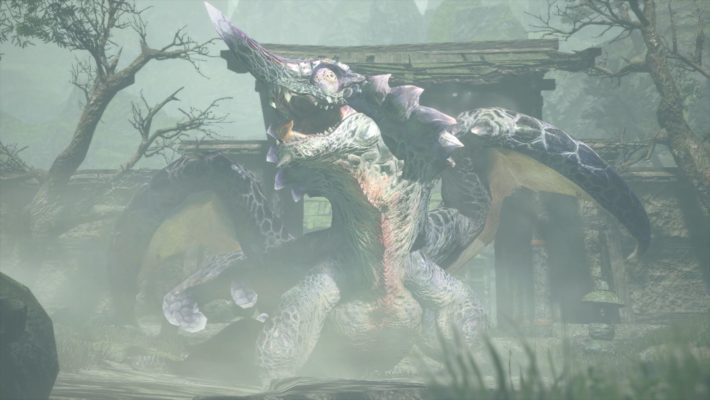 First, Ichinose confirmed the HR Cap removal will be a part of the Monster Hunter Rise April 2021 Title Update. He then explained why this will be important. In order to access newly added monsters, people will need to bring up their HR. This will be done in the normal way, which is by taking and completing quests to prove your prowess. So far, Chameleos is the first of the revealed post-launch monsters.

Ichinose then talked a bit more about what people will see after April 2021. Apparently, people will see the Monster Hunter Rise story ending after a free Title Update. At the 46 second mark of the video below, Ichinose noted, “Also, we haven’t confirmed a release timing yet, but the second update will add more monsters and the conclusion to the story.”

Here’s the full Q&A with Monster Hunter Rise Director Ichinose. It goes over things like the Title Updates, the Rampage’s inspirations, his favorite new monster and weapons, and the game’s music.