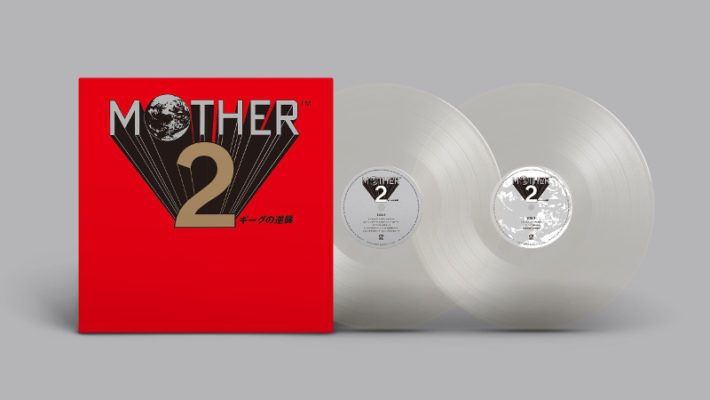 The original Mother 2 soundtrack, which is also known as Earthbound, will be available in an analog vinyl record format. It will be released in Japan on February 10, 2021. [Thanks, 4Gamer!]

The vinyl Mother 2 soundtrack will include two discs containing a total of 24 songs from the game. While most of the songs are to be recorded from the SNES audio source, the last three songs in the second disc will be PSI Mix arrangements of “Room Number,” “Hula Hoop,” and “ANOTHER 2.” The album is currently available for pre-order at Sony Music Shop at a price of 5,500 yen.

Previously in 2019, an analog vinyl album for the first Mother (also known in the West as EarthBound Beginnings) was also made. The game’s composer Keiichi Suzuki personally recorded it in the UK, and the 2-disc album was released in Japan on December 25, 2019. The MOTHER series in general still has a huge fan following that it recently spawned various kinds of merchandise, including plushies of Mr. Saturn and Master Belch.

Mother 2 is a classic RPG from Nintendo that was first released on Super Famicom (SNES) in Japan in August 1994. It is also known in the West with the localized title EarthBound, where it was released in North America in June 1995. Europe did not see an official release of the game until it was made available on the Wii U Virtual Console in July 2013.

The Mother 2 soundtrack record will appear in Japan on February 10, 2021.