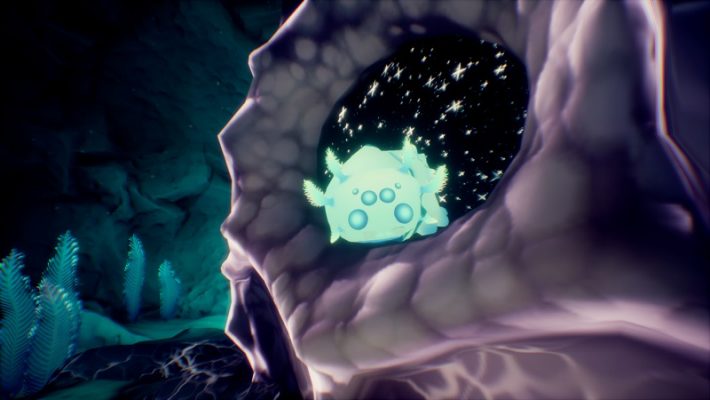 A conversation deciding the fate of the universe seems to be a pretty unlikely thing, but Mythic Ocean excels at reminding us of the weight of our words. This game filled with light chatting with cute, quirky sea creatures often makes you forget the serious outcome. Still, it’s those words you say without thinking about them that can change the course of a life. Or in this game, of all of existence.

In Mythic Ocean, which you may have seen during Wholesome Direct 2021, you’ve been cast out into an ocean of talkative creatures (who happen to be gods) and given a mission. You’ll be helping to shape the fate of the universe. At least, if you trust the eel that tells you so. While this is normally something reserved for powerful heroes, you’ll just be talking to people and exploring their underwater homes. The god who feels the most confident in the task will reshape the universe in their image in the end. So, depending on what you say, you can bring harmony or utter chaos to all living things. No pressure.

Mythic Ocean makes it very easy to forget that as you talk to its adorable, thoughtful cast. Amar is a playful otter-like creature that seems purely concerned with partying. Lutra is a hungry snail-like person, but fearful of danger. The twins are humanoid, but can be prickly and defensive. It’s as if they’re afraid of some danger they won’t tell you, but dying to break down their walls and have fun. Each of them shows a strong personality that makes them memorable. 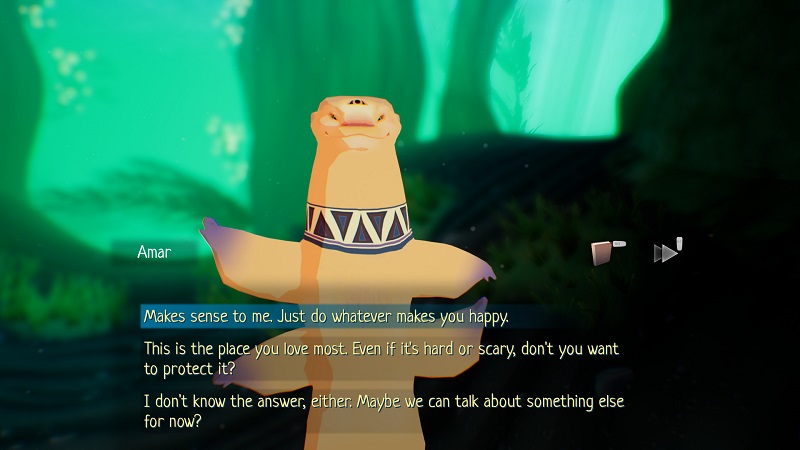 They’re not all set in their ways, though. As you meet each of them, you’ll be able to speak with them about all sorts of different subjects. The conversations feel natural and light, like a pair of friends getting to know one another, but there are always dialogue choices that will let you poke and prod at their beliefs. If you love partying but hate conflict, would you fight to save the people you love to party with? If you’re hungry but scared, what will you do when the food runs out in your safe home? The game continually allows you to ask these difficult questions of its characters.

You can take these dialogue choices in a couple of directions depending on how you want to play Mythic Ocean. You can play it like a goal-based game and work to push your specific choice of character into taking control of the universe. You can purposely work against other characters and their growth with your dialogue choices to improve your chances with another character. You can simply agree with these characters and leave them stuck in their beliefs, and while they may seem happy for it, you can feel, deep down, that you’re manipulating them. It’s not a nice feeling, but the universe IS at stake, here.

You can also work to try to better all of them as people. You can gently coax them out of their shells (quite literally, at times), or push them hard with some of the things you say. Then, you can see who really should take the helm of all reality when it’s all done. This one felt better for my heart, as the charming dialogue got me attached to these creatures quickly and I wanted all of their lives to get better, but perhaps this isn’t good for the world as a whole? What if I endanger that breakdancing crab because I was too selfish with my feelings to do what NEEDED to be done, even if it required manipulating someone I had learned to care about? 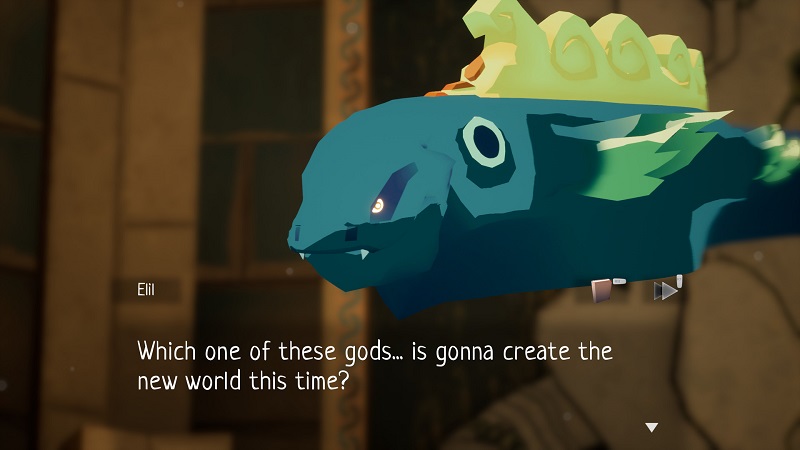 This is the most compelling part of Mythic Ocean: this sense of talking to people you care about and seeing your words matter. Having your words carry so much weight that they change the course of reality. As many of us have found out by mistake, we know that a single sentence, chosen poorly or well, can reshape a life. You can alter the course of major life events – can likely trace the most vital moments of your own life – down to a single thing you said aloud or was said to you.

What you say to these creatures – even just something you said in passing without a thought – can cause drastic changes in who they are. I told one creature to go ahead and eat its fill of something I brought it, not realizing how much trouble I would cause it and the trajectory I would send it on. I was told my words would have weight in this world, but I was still offhandedly speaking without realizing the damage it would do in my carelessness.

Mythic Ocean did an excellent job of creating a playful cast that I loved to talk to. The dialogue felt natural and convincing, as did my ability to coax these sea gods into bettering themselves through careful word choice. It also reminded me of how a careless word could send someone to an awful place, and that I need to be mindful of what I say in this place.

The game did a fantastic job of capturing the power of what we say, and that we need to watch our words not just when trying to choose the fate of the universe. Our words might just shape the course of someone’s universe, after all, and when we speak in anger or hatred, or even casually without a thought, that we can’t ever forget the power that carries.

Mythic Ocean is available now on PC, and is coming soon on Nintendo Switch, PS4, Xbox One.