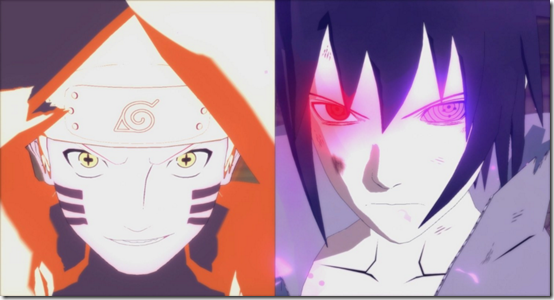 Despite the Naruto manga finishing in 2014 and two sequel films last year, the Naruto Shippuden anime hasn’t quite got around to wrapping up the series. This leaves fans of the anime in a unique position, where they could see how the series ends before the anime airs if they play Naruto Shippuden: Ultimate Ninja Storm 4 (with dubbed voices as well if that’s how you roll). If you decide to see CyberConnect 2’s version of events, I really don’t think you’re going to be left disappointed.

While Naruto Shippuden: Ultimate Ninja Storm 4 does give a basic summary of recent events, it’s squarely aimed at those who already know the characters and the set up behind them. As you start the story mode, you’re thrown into a pretty spectacular battle between Hashirama and Madara. It functions as a quick tutorial as well as a showcase for what’s to come, starting off as a regular battle before they summon their respective giant beasts and eventually progressing into a quicktime battle or as the game calls them “Interactive Actions”. After this, you head straight into the Fourth Great Ninja War which is partially split into two paths, Yin (Sasuke) and Yang (Naruto).

One of my favourite missions in the game is one where Naruto, Sasuke and Sakura team up together against Ten Tails. They call their respective summons and for the rest of the mission you play as Gamakichi. You start by taking out thousands of Ten Tails clones while dodging attacks. Once you reach a certain point, a giant Ten Tails clone appears switching the gameplay to a regular battle to fight against it. As you deal damage and perform jutsus, you take off its arms eventually defeating it altogether. The battle then moves to its next phase, a quicktime battle combined with a rail grind section where you’re grinding on the arms of the original Ten Tails. You have to dodge attacks switching between the rails till you reach the end where you finally finish Ten Tails off. 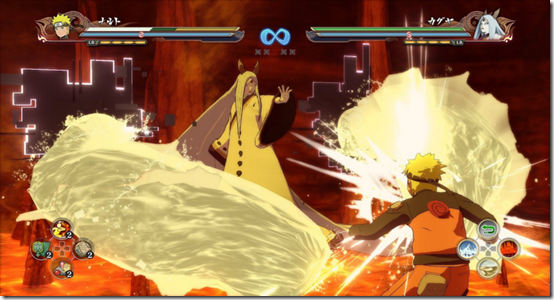 Is there a lot of depth to the missions and gameplay? Not really and I don’t think it’s CyberConnect2’s goal to provide that either. Instead it provides a simple, accessible way to experience playing as Naruto and the rest of the cast in some very cool looking missions. There’s not even a penalty for failing a mission, instead offering you either increased attack or defence before jumping back in with the opponent’s health being the same as it was when you lost the battle. The missions do get tougher nearing the end of the game with enemies getting really aggressive. I found some characters a bit tricky to play as well. One mission has you playing as Might Guy and I couldn’t get used to his style at all.

For me though, the real highlight of the story mode is in the last third of the game where it goes past where the anime series has covered. From here on out, there’s no more stills from the anime to help tell the story. Instead it just has cutscenes using the in-game visuals and it just looks fantastic. You can really tell how much CyberConnect2 have enjoyed being able to put their own stamp on Naruto at such a crucial point in the story. The final battle in particular is so well done, blending the key moments and images from the original manga while adding in elements that could only work in a game medium. I think I actually prefer how the battle plays out in the game to the original manga. 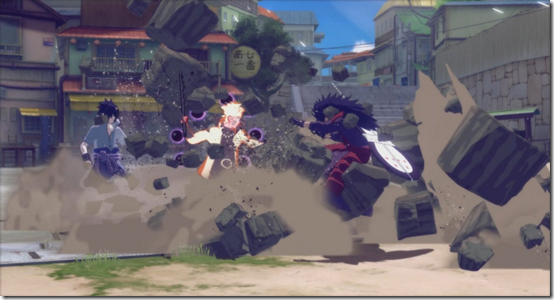 Despite never catching the Naruto bug myself, as CC2’s take on the series of events finished on my screen, I was left with a smile on my face and even felt a bit nostalgic towards the series. CC2 have really delivered with Naruto Shippuden: Ultimate Ninja Storm 4, it feels like they’ve gone all out for Naruto’s finale and it really sets the bar high for how good a game based on a anime or manga can be.