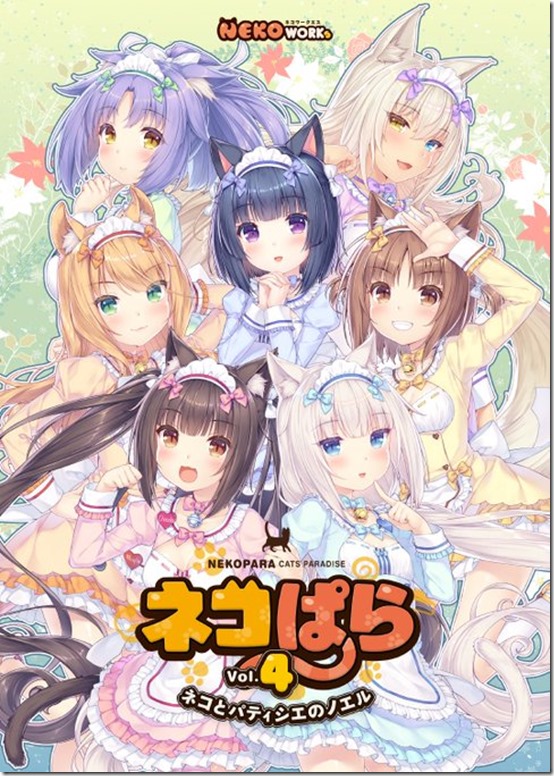 In Vol. 4, we’ll see Kashou and La Soleil doing well for themselves, yet still unable to gain the approval of Kashou’s father. Shigure suggests an onsen trip for a change of pace, and after getting encouragement from Azuki and Coconuts, Kashou decides to try once more. This time, he flies to France in order to seek his teacher’s wisdom, and meets new catgirls there as well. The story of cats and family bonds is about to continue. 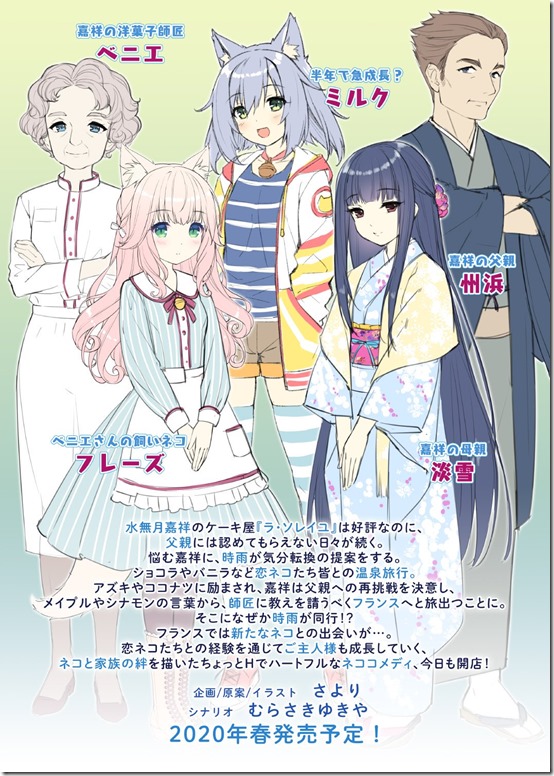 From left to right, here are the new characters:

Beignet: Kashou’s teacher, who taught him all he knows about sweets-making.

Fraise: A cat that Beignet takes care of.

Milk: Did she grow up a lot in just half a year?

Fraise also got an extended introduction thanks to her appearance in the upcoming mobile game Nekoparaiten. 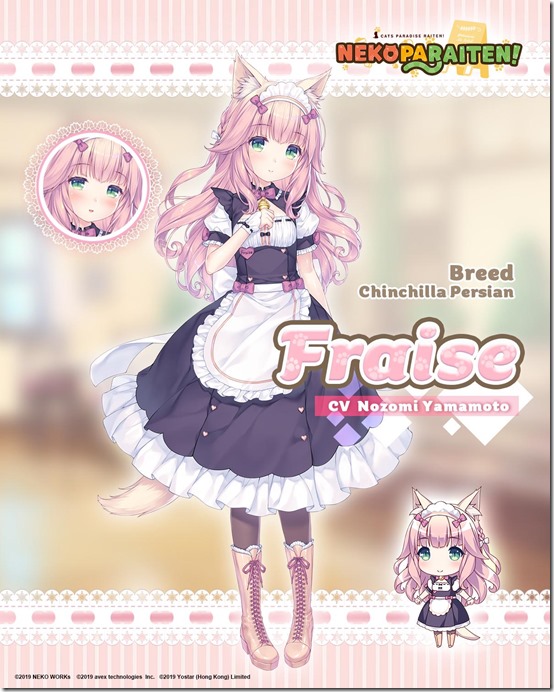 Fraise is a very kind neko who treats everyone sincerely. She’s very capable with her work. Since Fraise rarely talked to other nekos when she was young, she grew up to be a bit shy and humble by nature.