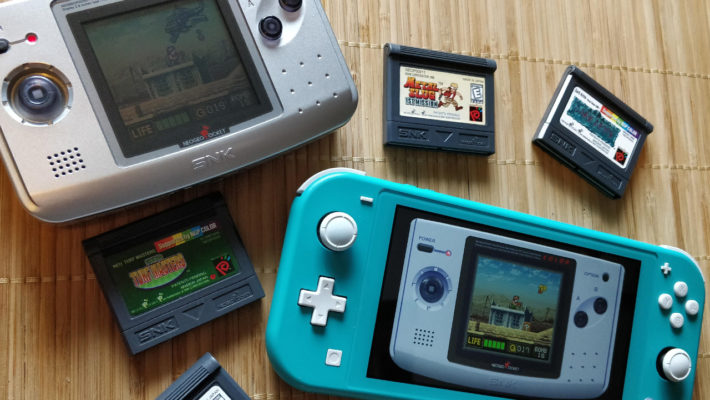 After releasing a series of six standalone games, NeoGeo Pocket Color Selection Vol. 1 bundles those games with four more in one collection. It sports all the quality-of-life features of the previous releases! But with a smaller per-game cost and four new games that aren’t fighters, there’s a lot here that’s appealing. Let’s take a closer look!

Known as Neo Turf Masters in some territories, Big Tournament Golf is a pocket-sized port of the popular arcade game. This version learns a lot from other classic golf games. The result is a top-down golf game with a feeling of simple but precise control. It doesn’t have the RPG elements of its Game Boy Color peer, Mario Golf, but it gets the golf gameplay right enough to warrant your time anyway. 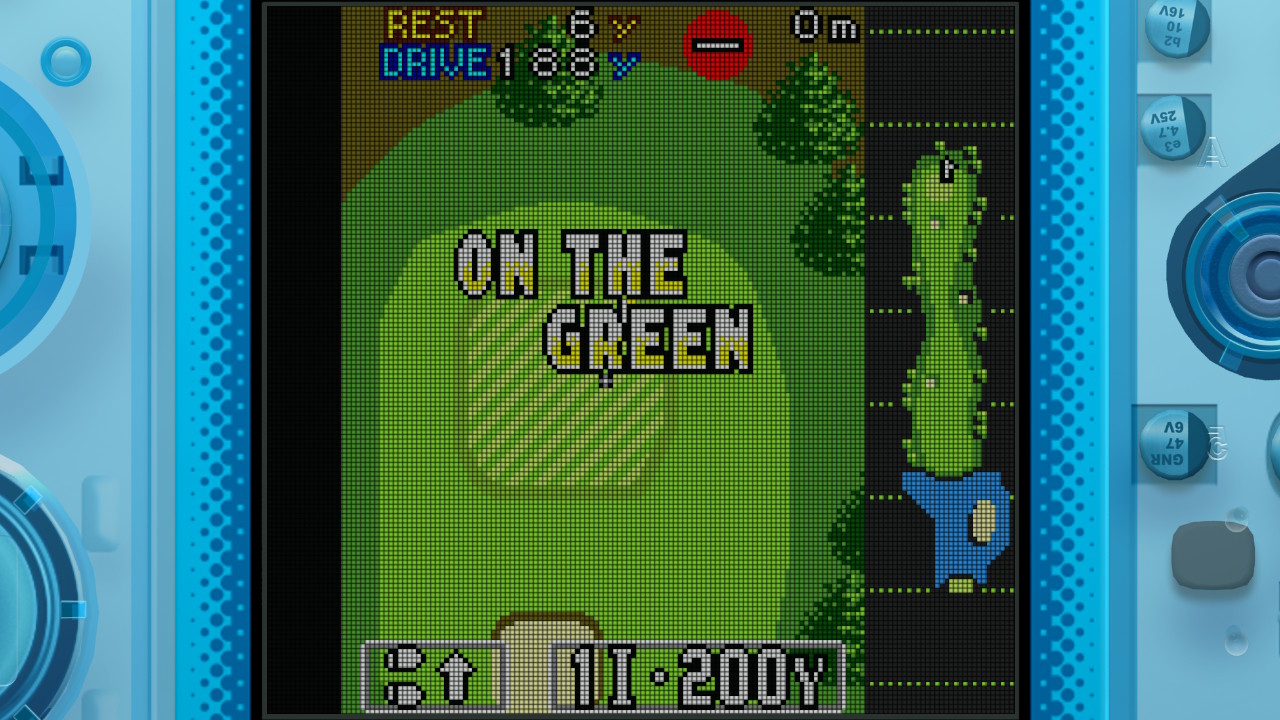 The NGPC versions of Metal Slug do offer similar gameplay to their bigger siblings, but the pace is a bit slower and the action is a bit more calculated. That’s great for the context. After all, you’re not throwing quarters into a thing for a few minutes! (And the NGPC can’t show as many sprites.) So 1st Mission and 2nd Mission feel a little like Contra at times. The two games are largely the same mechanically, offering different stages in each.

Dark Arms is the Zelda-like in the handheld’s library. Sort of? It has its own feel, with experience and distinct stages that you enter from a menu. It also seems to borrow from games like Secret of Mana, with an energy-based action system that recharges over time. This keeps it from feeling like a Shock Troopers-like scrolling shooter, since you need to choose when to fire your weapons more carefully. 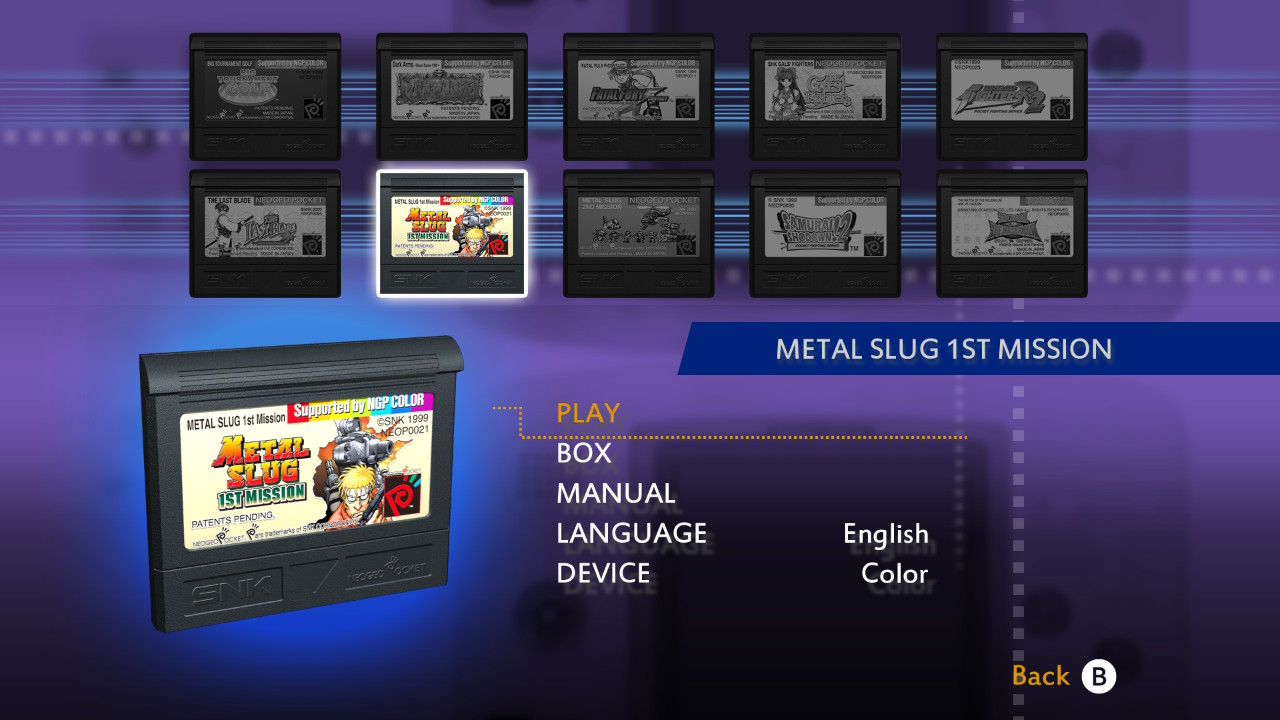 NeoGeo Pocket Color Selection Vol. 1 doesn’t have a ton of frills. It boots up to a menu of games, and then you pick one and head in. In addition to the four new games, it also includes the six previously-released ones: King of Fighters R-2, Samurai Shodown! 2, SNK Gals’ Fighters, The Last Blade, Fatal Fury: First Contact and SNK vs. Capcom: Match of the Millennium. (All of them, of course, are fighting games.)

Still, there are a few nice touches. You can take a look at 3D models of the game cartridges, as well as the boxes that many players didn’t see in the system’s blister-pack liquidation era. There are full, actual scanned manuals for each game. It feels like developer Code Mystics wanted to preserve, at least as well as they could, the physical elements of the system that you lose in a compilation like this.

And it’s great that you can swap between any Pocket model and color as backgrounds! Each was distinct and weird, so making sure your particular nostalgia is accommodated is helpful. The ability to play the black-and-white versions of the games probably won’t be anyone’s preference, but we applaud the commitment to preservation. 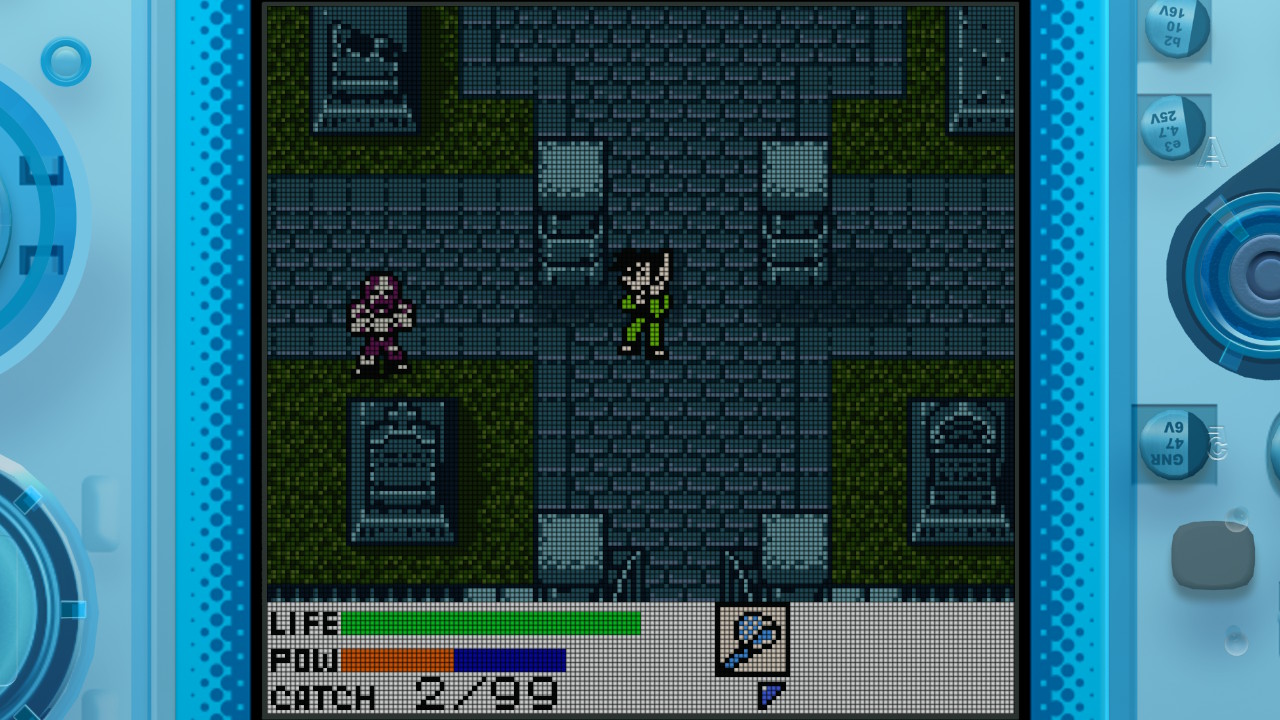 NeoGeo Pocket Color Selection Vol. 1 is available now on the Nintendo Switch eShop. SNK announced that a physical release for the collection is on the way.