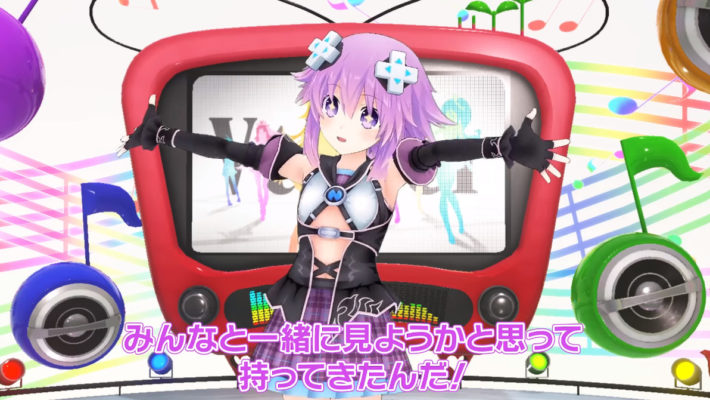 The Neptunia Virtual Stars trailer shows off the four Goddesses third-person shooter-style gameplay and the melee combat-focused virtual idols. We also get a quick look at the Video Battler system, which turns actual Youtube videos into usable items and equipment in-game. There’s a first look at the Guest Connect system, during which virtual Youtubers will assist the playable characters in combat in real time via attacks and buffs. You’ll also be able to help the virtual Youtubers with sub-quests that will also reward you with special cards for the Virtual Collection that can be used for slight stat boosts.

For those unfamiliar with the game’s story, Neptunia Virtual Stars takes place on planet EMO, which is currently being invaded by the ‘Anti’ forces. The goddess of EMO summons Neptune and the goddesses, and several virtual idols to help defend the planet, and rescue virtual Youtubers who have been captured by the Anti forces as well.

Neptunia Virtual Stars will release for the PlayStation 4 on August 6, 2020. The game will be released worldwide in 2021.