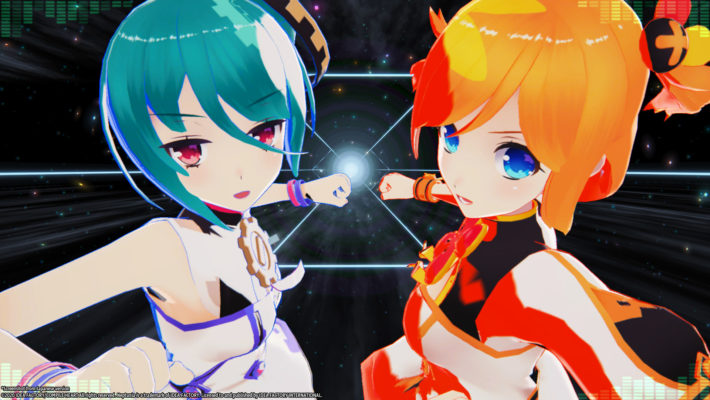 The world of Hyperdimension Neptunia has evolved over the years, from the original game’s goofy video game piracy humor to more recent games spilling all over otaku fandom. The latest spin-off, VVVtunia, brings the real-life world of virtual content and music creators into the mix. Idea Factory has announced the expected localization, officially branding the western version as Neptunia Virtual Stars. Advertised as a “music-based hack ‘n’ slash,” Neptunia Virtual Stars is set to launch for the PlayStation 4 sometime in 2021.

Neptunia Virtual Stars is set in an alternate dimension in which a virtual world is fueled by “content,” a powerful force that is thoroughly relatable in the current gig economy. A force called “Anti” wants to destroy the content creators powering this dimension, and attacks planet EMO to near-destruction. A distress signal cast to multiple dimensions brings not only the gaming goddesses of the Neptunia world, but a squad of live-streaming VTubers from Earth, to help save EMO and preserve the content-creation way of life.

Music is an important part of this game, as real-life VTubers will join (and contributed to the official soundtrack!), and the BGM can help or hurt you during battles depending on your performance. The Neptunia Virtual Stars PS4 release will see both physical and digital editions.

Neptunia Virtual Stars is set to launch for the PlayStation 4 in 2021.