Neptune goes beyond console-tans. Compile Heart has moe parodies of video game companies too. The official site has pictures of these characters with question marks so we don’t know their name.

We do know what companies they’re supposed to represent though, thanks to commenters honorless and iMoogle (thanks!!). URLs to these character’s pages give pretty big hints.

Idea Factory (np_if.html) – she looks like she fits in with angst filled Spectral Force characters. 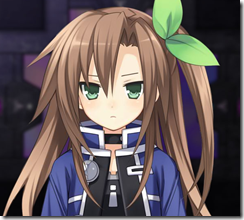 Gust (np_gast.html) – child-like and has a bunny hat that looks like an Atelier slime. 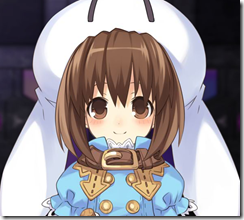 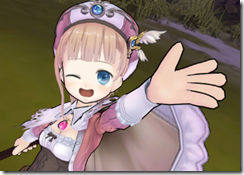 Nippon Ichi (np_nippon.html) – hard to miss the Prinny connection, especially with the scarf. 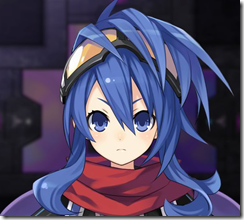 Compile Heart (np_conpa.html) – did she step out of Agarest War? The “C” hair band and Compile Heart logo necklace are nice touches. 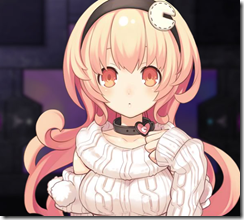 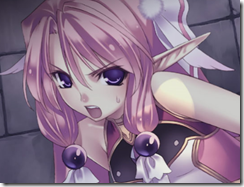