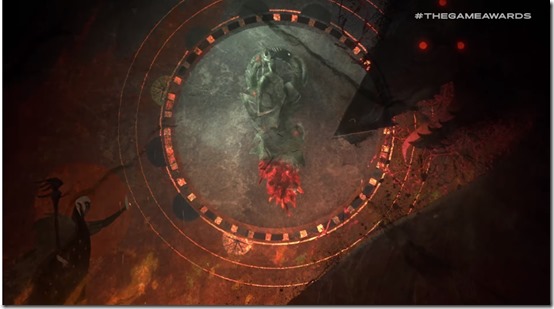 The new Dragon Age game had its first teaser appear at The Game Awards 2018. Its clip began with a look at a mural, a shadow of a dragon, and someone standing before it. We then heard a familiar voice say, “I suspect you have questions…”

After hearing the clip, which was spoken by someone who appeared in Dragon Age: Inquisition, a hashtag appeared. It read, “#TheDreadWolfRises.”

Here is the clip. After it, there will be spoilers.

Now, for the spoilers. In Dragon Age: Inquisition, the elf mage Solas is eventually revealed to be Fen’Harel: The Dread Wolf. It is his voice that we hear. Given his actions at the end of the last game, it seems we will find out why he did what he did.

The new Dragon Age game is in development.