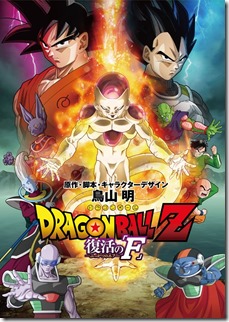 It’s been 18 years since Dragon Ball GT aired in Japan, and the Dragon Ball series is getting a brand new anime series called Dragon Ball Super, with an original story written by Akira Toriyama. Toei Animation shares more on the latest development. (Thanks, Comic Natalie)

The story of Dragon Ball Super is set after Goku brought peace back to Earth after the fierce fight against Majin Buu.

“I’ve said the word ‘super’ in commercials, games, and countless other occasions, but the start of the series, Dragon Ball Super, is just great,” commented Masako Nozawa, the Japanese voice actress for Goku, Gohan, and Goten.

Fuji TV producer Osamu Nozaki, who has watched the series since he was a child, has already read the plot written by Akira Toriyama, and is excited to see the new Dragon Ball Super anime series come to  fruition. He says, “We may even see the appearance of an enemy that is stronger than Buu or Frieza…”

Toei Animation producer Mutsumi Kido recalls joining Toei Animation when they were first airing Dragon Ball Z’s Frieza Saga, and he remembers the passion they shared while working on its production. Together with new staff, he aims to bring back the essence of Dragon Ball from the earlier days and put it into the brand new Dragon Ball series, and hopes fans will look forward to it.

Note: The top image is the poster of Dragon Ball Z: Resurrection of F, which has been doing quite well, after having sold 716,000 tickets in its first weekend, earning approximately 960 million yen (about $8.1 million USD).