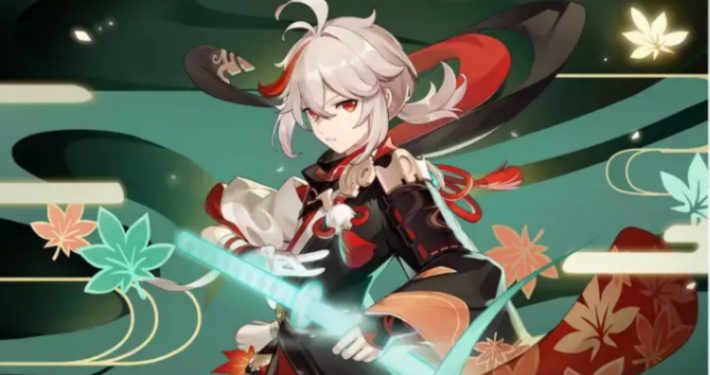 The prologue of the second Archon Quest in Genshin Impact will go live on June 29, 2021. The game’s official Twitter has released some information on the banners that will start from the same date. In addition to a new five-star weapon, Kazuha will debut in Genshin Impact as the game’s first playable Inazuma character. He is the poster boy for the new archon quest, implying that he will play a major role once the Traveler reaches the new region.

Firstly, the Kaedehara Kazuha banner will launch from June 29 until July 20, 2021. Other characters on the banner include Rosaria, Bennett, and Razor. This is Rosaria’s first time returning as a rate-up character since her first appearance on Childe’s re-run banner. Like plenty of other Anemo characters in Genshin Impact, Kazuha appears to be a support type. His elemental skill creates a vortex to suck up enemies, whereas his elemental burst is a single slash that causes additional AOE damage.

Fittingly enough, the five-star weapon that will appear on rate-up next to Kazuha is a weapon that suits his skill. The Freedom-Sworn increases the entire party’s damage and attack after you possess two Sigils of Rebellion. To get one Sigil of Rebellion, you need to activate an Elemental Reaction. As an Anemo character, as long as you have characters of other elements in your party, Kazuha’s vortex skill will guarantee a steady supply of this Sigil.

Genshin Impact is readily available on PlayStation 4, PlayStation 5, Windows PC, and mobile devices. Archon Quest Part II: Prologue, Kazuha’s banner, and the Freedom-Sworn weapon banner will all go live on June 29. While the story quest is permanently in the game, the two rate-up banners will end on July 20, 2021.