We’re just talking about the box. New Kids on the Block Official Video Game from Parker Brothers never made it to stores, but prototype packaging was once in the hands of “a major video game magazine.”

The item has since found its way onto eBay where it sold for $589. It’s pretty beat up (should I say “hangin’ tough”?), but it’s one of a kind keepsake.

Now compare this to all of that Persona 3 Portable swag. 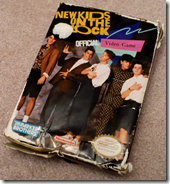 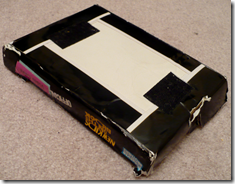