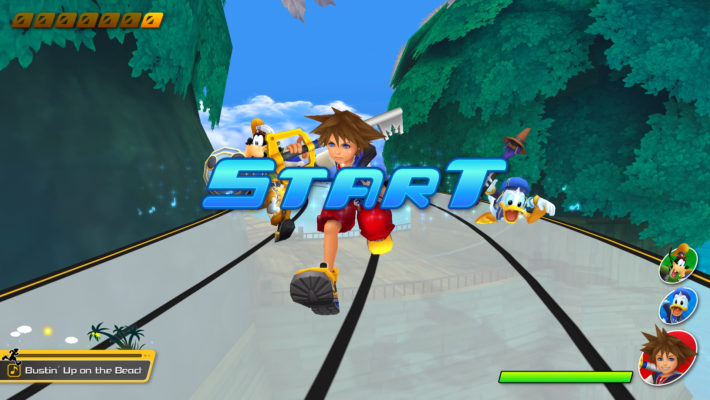 Here are the latest Kingdom Hearts: Melody of Memory screenshots. 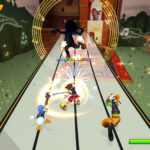 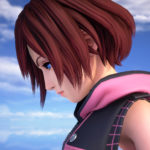 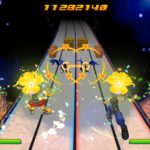 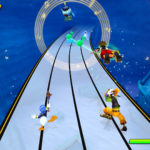 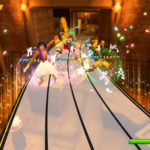 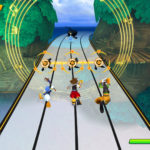 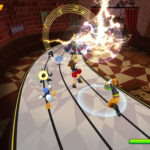 In case you’d want a more active take on what’s going on, the announcement was accompanied by a trailer showing off its gameplay. Many of the screenshots above are from moments you can see in that footage.

Going by all of the screenshots and the trailer released so far, these Kingdom Hearts songs will appear in the game.

Also, the following characters have appeared on the track beating up enemies to the beat: Sora, Donald, Goofy, Riku, Mickey, Hercules, and Aladdin.

Kingdom Hearts: Melody of Memory will come to the Nintendo Switch, PlayStation 4, and Xbox One in 2020. Its Japanese site is now open.