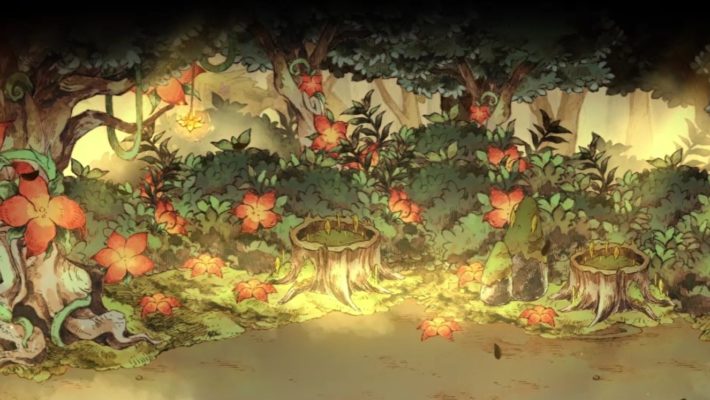 There’s a new NIS game being teased. The company opened up a website for the untitled project. Even the URL doesn’t offer any hints, as it only says, “newtitle20210222.” If someone visits, they will see a forested scene. Every once in a while, the screen will go completely black.

While there aren’t any details about what this game could be, its aesthetic looks familiar. It seems to have the same sort of look as other NIS games from Masayuki Furuya. Previously, Furuya worked on games like Void Terrarium, The Liar Princess and the Blind Prince, A Rose in the Twilight, and htoL#NiQ: The Firefly Diary.

NIS America will appear at New Game+ Expo on March 4, 2021. It is possible that the new game could be revealed there. We could also see more of its known upcoming games, like Poison Control and the ports of Ys IX: Monstrum Nox and The Legend of Heroes: Trails of Cold Steel IV. We already know that Aksys Games announced it will have some new titles to show at the event.

A new NIS game is in development, though only a teaser website is open at the moment. New Game+ Expo will be held on March 4, 2021, and NIS America will participate in it.