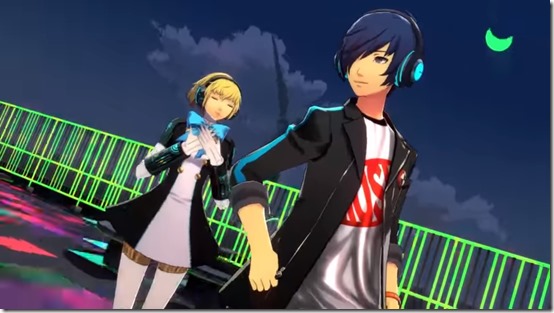 Two new Persona Dancing trailers have been released. People can now learn more about the main characters in Persona 3: Dancing in Moonlight and Persona 5: Dancing in Starlight via videos that introduce the two teams found in each of the original games, SEES and the Phantom Thieves. Each one spends about a minute and a half looking at the characters and their gameplay segments.

First, here is the Persona 3: Dancing in Moonlight trailer introducing the members of the Specialized Extracurricular Extermination Squad and showing their moves. We also get to see some clips of the communication segments.

The Persona 5: Dancing in Starlight trailer follows a similar method. Each member of the Phantom Thieves is introduced, with clips showing them dancing and perhaps participating in a communication segment.

Persona 3: Dancing in Moonlight and Persona 5: Dancing in Starlight will come to the PlayStation 4 and PlayStation Vita outside of Japan on December 4, 2018. They are immediately available in Japan.