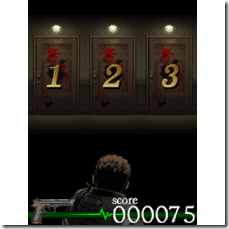 Capcom created a new Resident Evil game just for mobile phones. But, Biohazard: Survival Door is quite different from other Resident Evil games. This game is based on chance. You’re in a mansion and have to open doors by pressing 1, 2, or 3 on your phone. Zombies or other monsters may be lurking behind and you can shoot them by pushing keys, according to a screenshot.

Capcom says the game will test players intuition. You can see how your instincts match up to other players in Japan on a nationwide high score leaderboard.

Like many mobile games in Japan, Biohazard: Survival Door has a monthly fee. Capcom set this game at 315 yen ($3.50) per month. That’s the same price as the mobile phone version of Mega Man X3. 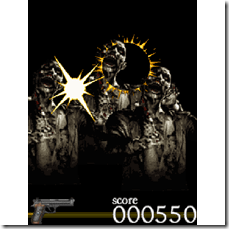 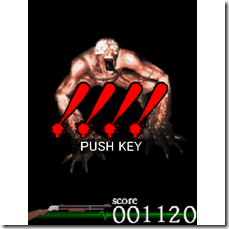