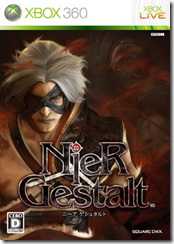 Nier has mixed reviews. Despite what reviewers had to say about the fetch quests (Nier, to some extent, is a Barbarian built errand boy), the story is interesting and drives the game.

Maybe people will feel differently about it if they play it? Square Enix thinks so because they’re developing a demo. Nier producer Yosuke Saito hopped on to Twitter to say he’s eating cold noodles and beginning work on an Xbox 360 demo. Saito also mentions “DLC” as another item in the works, but that shouldn’t be surprising since the first pack, The World of Recycled Vessel came out a few days ago.