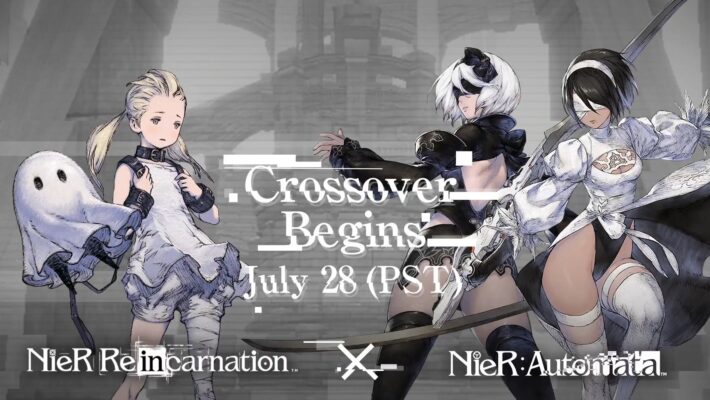 The NieR Automata crossover event, starting alongside the launch of NieR Reincarnation on July 28, 2021, will also include 2P as a collectible character. Additionally, the international version of the game will have campaigns exclusive to international players. Quality-of-life features, such as the pity system, will also be available on launch.

Square Enix revealed the new details in its Reincarnation livestream, where director Daichi Matsukawa explained some of the game’s key features and differences from the Japanese version. One of the surprise reveals of the live stream was the inclusion of 2P. Originally a color variation of 2B, she was also included in a NieR FFXIV collaboration. Matsukawa revealed that the studio was able to get the go-ahead from Yoko Taro “just two days ago” to include her in Reincarnation.

NieR Reincarnation will launch worldwide on July 28, 2021 for iOS and Android devices.