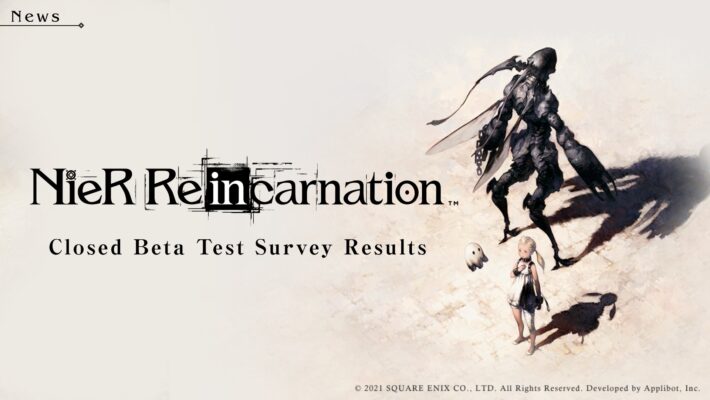 Ahead of the NieR Reincarnation global launch, Square Enix shared closed beta test feedback. To be specific, the company and Applibot went over how players’ responses will affect the game. While most feedback was positive, one major addition will appear as a result. Namely, there will be a Japanese voice acting option in the global version of NieR Reincarnation as a result of users’ responses.

When presenting the feedback, the team noted a lot of people asked for the original Japanese voices. So, as a result, it will offer a Japanese voice acting option in the English version of NieR Reincarnation. The exact response in the report noted,

On the other hand, we received a lot of requests for a Japanese language voice option.
To address this, we’ve added a feature during development that will allow players to enjoy Japanese voices with an English UI upon release.

Other comments on NieR Reincarnation regarded how the developers will ensure it works properly and is easy for people to understand. It committed to fixing issues ahead of and after the game is released. It also noted that guides will be written and shared on social media to help people work out upgrading and other elements of the game.

NieR Reincarnation will appear on Android and Apple iOS devices worldwide on July 28, 2021. A NieR Automata crossover event will be available when it launches. The game is already available in Japan.