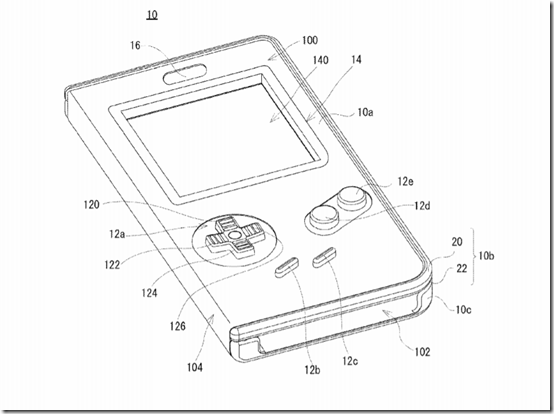 Siliconera has discovered that Nintendo patented a Game Boy-esque casing for capacitative touchscreen devices in the US. It is a shell where you fit your device inside, and presumably use to play Game Boy games. The patent was filed on March 16, 2018. 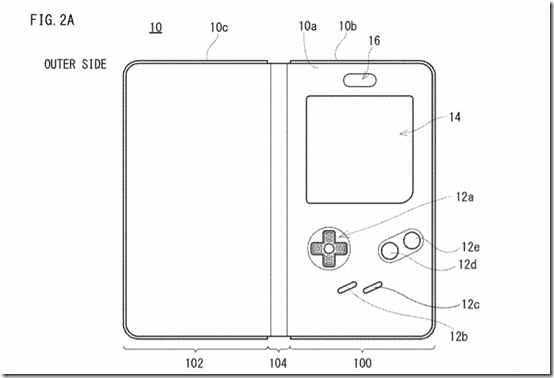 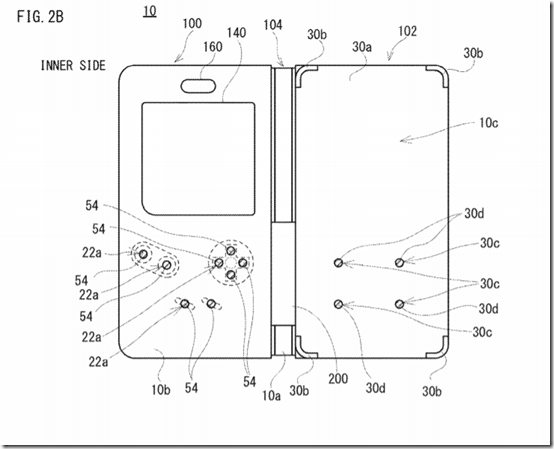 One of the key features of this Game Boy casing is the ability for inputs on the buttons on the casing to be sensed by the touchscreen beneath the buttons. This is possible whether bare-handed or wearing non-conductive gloves.

Meanwhile, part of the casing is opened where the regular Game Boy’s screen would be. According to the patent, the game would be displayed in the corresponding portion of the touchscreen that is viewable, making it possible to play the game with the cover attached to the touchscreen device (which in the example is a smartphone). 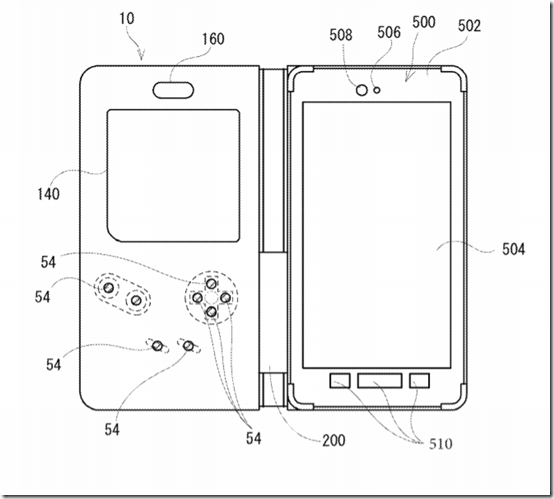 Here you can see an example of a smartphone being placed inside the cover, and where the buttons and “screen” would correspond to on the touchscreen device. The buttons use a conductive sheet within the cover that enables the touchscreen to sense the input when the nub on the bottom side touches the touchscreen, in the same way human fingers are sensed. According to above picture, the casing also leaves open a small window (number 16) for the front camera and device speakerphone, and the top and bottom of the phone are not obstructed, so the user can connect the device to a speaker or USB device. The camera and speakerphone are able to be used as intended.

Either way, it seems that some sort of Game Boy emulation may be in the works at Nintendo, either for smartphones, tablets, or the Nintendo Switch. If this case is used for the Switch, we imagine that it would provide a pretty nifty way to utilize the Handheld mode touchscreen functionality.