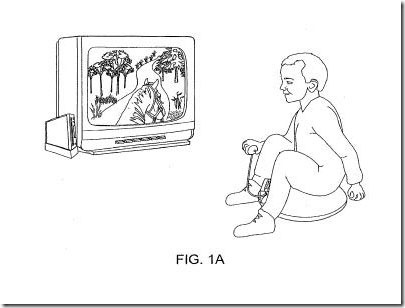 If you thought the Wii Balance Board was off the beaten path wait until you see Nintendo’s Wii Horseback Riding Saddle. We’re not kidding about this.

The inflatable seat has a pocket for the Wii remote, which is used to sense movement via the accelerometers. Players hold the nunchuck to simulate holding the reins or, as the Nintendo patent describes, “a raised hand for balance as in Bronco riding, a lasso, a sword or other weapon, etc.” 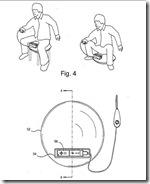 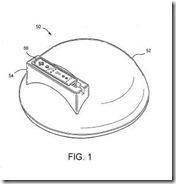 Here’s a better look at the device. The cushion may inflatable, made of foam or another material, but it seems like Nintendo is leaning towards an inflatable seat. “A one-way air valve of conventional design may be provided to allow the user to inflate cushion. Construction may be similar to that of conventional inflatable exercise balls. An advantage of an inflatable design is that it is compact to ship and store.” 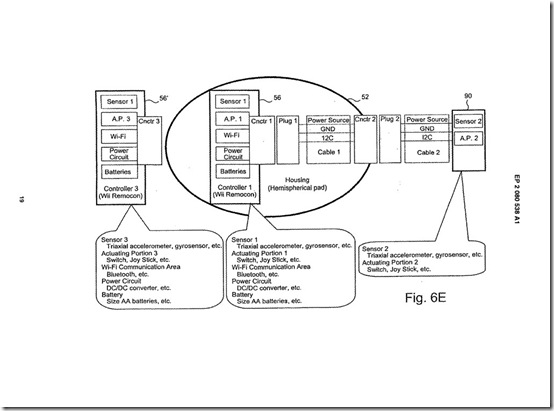 The patent, found in the European patent database, gives an example of a possible game.

For example, the Wii main unit can display the back of a horse’s head and background of a trail, a field, a battlefield or other environment the virtual horse is being ridden through (see Figure 1A). The image may change in response to detected motion of the user.

But, wait the seat isn’t limited to horesback riding! Nintendo says their inflatable seat can be used to simulate riding other animals. The patent lists “bulls, camels, elephants, burros, dolphins, whales” and imaginary creatures such as “dragons, griffons, unicorns, giant eagles” as possible mounts. Nintendo also suggests the seat can be used for vehicles too like “hang gliders or other aircraft, a magic carpet, a motorcycle, a jet-ski, a land or sea exploration vehicles.”

If a Zelda game ever comes out with a horseback riding mini-game or Mario Kart Wii 2 supports the seat controller thank Genyo Takeda, one of Nintendo’s lead research developers. His name is listed as one of the inventors on the patent.