Octopath Traveler has a large cast. This means we get to see different personalities, all sorts of viewpoints, and stories that cover a wide range of situations. Which makes two people in particular rather interesting. Ophilia and Primrose are two women with notable similarities and differences. The two could be seen as counterparts, each having certain backgrounds and story elements that allow us to appreciate how different people would react to similar circumstances. 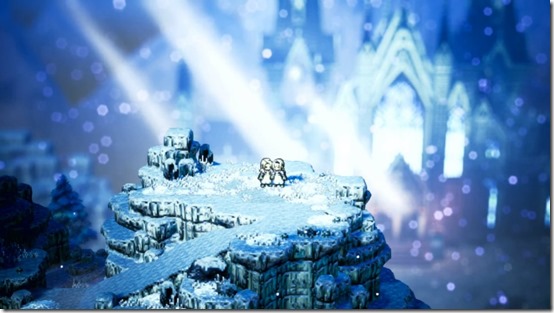 Both Ophilia and Primrose are orphans, with each one losing their family to violence. Ophilia’s parents were killed in a war, and Archbishop Josef brought her into his family. He raised her alongside his daughter, Lianna. While she was initially closed off, she had people around her who loved and cared for her. Ophilia had an opportunity to open up and learn to trust. Meanwhile, Primrose saw three members of the Obsidians break into her home and kill her father. She was left entirely alone as she traveled around, attempting to find these men. This meant dealing with undesirable people and becoming a dancer. Helgendish, the man who owns the tavern where she works, is abusive to here and all the other dancers. Aside from Yusufa, another dancer at the tavern, Primrose does not have people who care about her.

This upbringing influences their professions in Octopath Traveler. Each one is someone who can influence other people. Ophilia, who was raised in a loving environment, is a cleric. She works with the church, perhaps providing aid, enlightenment, and comfort to people. She can speak to people, inspiring them to allow her to guide them. Primrose has been in a position where she has needed to use people to get by. This is reflected in her unique action. She can use an allure command to charm people into following her. One seems more altruistic. When Ophilia asks people to come along, they are happy to. Primrose needs to coerce people, with some reacting poorly to the suggestion they follow along. The nature of the dialogue shows how their experiences have forced them to behave in certain ways. They have similar intentions, but different motivations. 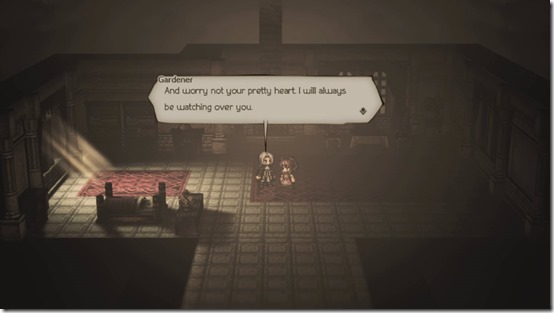 A major plot point in each character’s Octopath Traveler route is betrayal. Both Ophilia and Primrose have one person in their stories that is close to them. Ophilia has her sister, Lianna, the woman she grew up with and who helped break down her walls. Lianna was supposed to go on the pilgrimage, and her sister took that burden so she could stay with their ill father. Except after the archbishop dies, Lianna joins Mattias’ cause and steals the ember in the hopes it could bring their father back to life. Primrose has her childhood love, Simeon. Simeon was her father’s gardener. Except he is also a masochistic stalker. He made a play about her whole life, showing others the most private details about her. He killed her father. He relished ruining her life.

Their stories’ conclusions leave them in similar positions. Both are freed from their obligations. When Ophilia’s pilgrimage is done, she returns to her home and role. She is a cleric in the church again and has her sister back. Primrose is left searching for a new meaning and opportunity for herself, but says that she will keep dancing while she does. She has her revenge, and the burden it placed upon her is lifted. 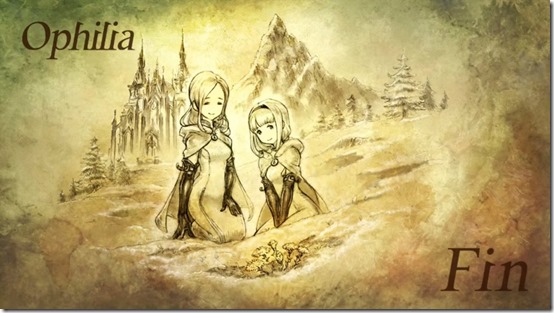 It is rare that we get an opportunity to see how people with similar situations would fare when raised in different environments. Both Ophilia and Primrose are orphans. Each one has people close to them die. They also have those close to them betray them. The result is two party members who have somewhat similar behaviors, but different reactions to the world and their paths.

Octopath Traveler is available for the Nintendo Switch.