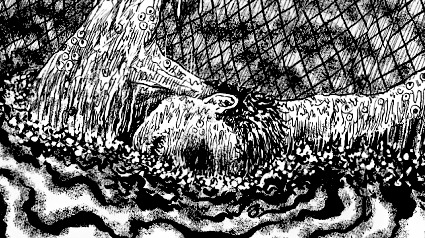 The official handbook for Forbidden Siren, Siren Maniacs, is available for pre-order from Fukkan.com. Fukkan is a service in which users vote on books that are no longer available or in-print. If the book reaches 200 pre-orders, then it will become available once more. If Siren Maniacs does return, the book will cost around 3080 JPY, which is approximately $28. [Thanks, 4Gamer!]

The first Siren game, also known as Forbidden Siren, came out in 2003 on the PlayStation 2. Silent Hill director Keiichiro Toyama was at the helm. It has since become a cult classic, with official live-streams every anniversary. Siren Maniacs serves as a walkthrough for players who are having trouble figuring out what to do next. Siren was infamously difficult, providing little direction as to how to proceed to the next chapter.

Forbidden Siren’s story required players to go through various scenarios from the perspective of different characters, piecing together the current plot through archives and dialogue. Events that happened 27 years before the main game, as well as events only discussed in archives or short web stories, are necessary to fully understand the story. Siren Maniacs helps to piece the entire story together by having everything in one place.

Siren Maniacs originally published in 2004 and had a brief re-run in 2012. The book sold out each time. In addition, Siren Maniacs comes with a story written by mangaka Junji Ito. Titled Masei, it follows fishermen who hear the siren and fish up a net full of dead bodies. It uses Ito’s own interpretation of events.

Siren came out on PlayStation 2 in 2003, but it is currently available to purchase and play on services such as the PSN.