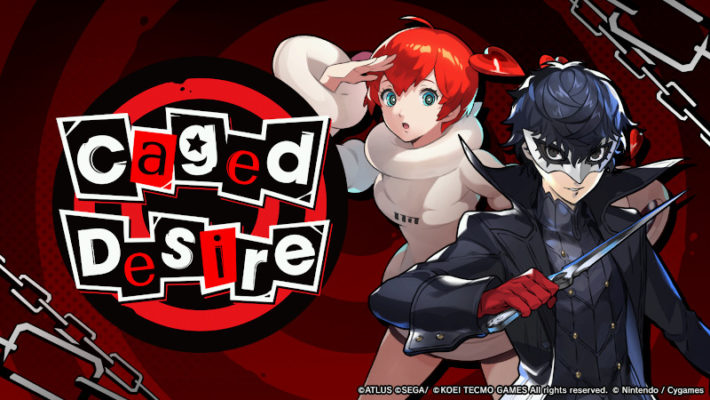 Nintendo and Cygames have published more details on the Dragalia Lost – P5S collaboration event “Caged Desire.” Originally revealed on January 8, 2021, the event will bring several characters from Persona 5 Strikers—an action RPG for consoles made in a collaboration between Atlus and Koei Tecmo—to the popular mobile game.

The remaining Phantom Thieves who will join Persona 5‘s protagonist Joker in this event are Panther (Ann Takamaki), Mona (Morgana), and Sophie (Sophia). While most characters will be available through the summon showcase gacha pool, Sophie receives the distinction as the one character who will join the player’s roster after completing event quests and maxing out her friendship gauge. Avatars based on the aforementioned 4 characters are also available temporarily in the profile card creator.

Joker’s Persona, Arsene, will also appear in the summon showcase. Once obtained, any adventurer character can set the Persona on their dragon slot and summon him in place of a dragon. The four guest adventurers will also have battle presentations based on their original appearances in Persona 5 Strikers, such as exclusive Persona-summoning inserts, weak point staggers, and all-out attacks.

Dragalia Lost is immediately available on Android and iOS mobile devices. The “Caged Desire” event will run from January 31 to February 12, 2021 (January 30 to February 11, 2021, in PT). This collaboration will help celebrate the global release of Persona 5 Strikers for PlayStation 4, Nintendo Switch, and PC on February 23, 2021.