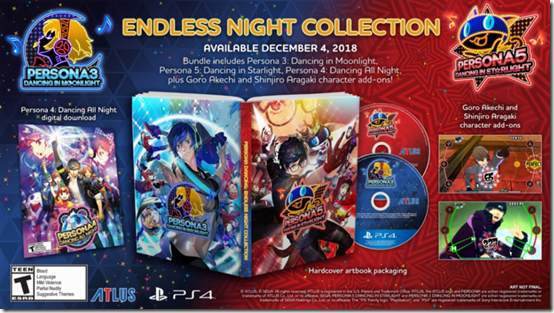 Atlus has revealed the pre-order bonuses for the PlayStation 4 versions of Persona 3: Dancing in Moonlight, Persona 5: Dancing in Starlight, and Persona Dancing: Endless Night Collection. Committing to a copy of any of these three versions will guarantee people free access to Shinjiro Aragaki and Goro Akechi. Since the PlayStation Vita versions are digital-only and can not be pre-ordered, these two characters and their songs will be free to download for that version of the game between December 4-18, 2018.

Here is how the offer works. People who pre-order Persona 3: Dancing in Moonlight will get Shinjiro Aragaki as a playable character and the song “Battle Hymn of the Soul” for him to dance to. Those who pre-order Persona 5: Dancing in Starlight will get Goro Akechi and his jam, “Will Power.” Persona Dancing: Endless Night Collection pre-orders give people both characters and songs. This is all part of the Day One Edition incentive. 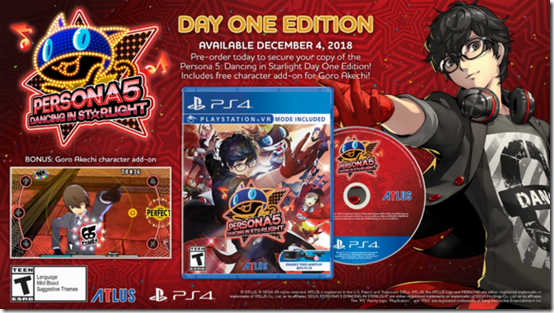 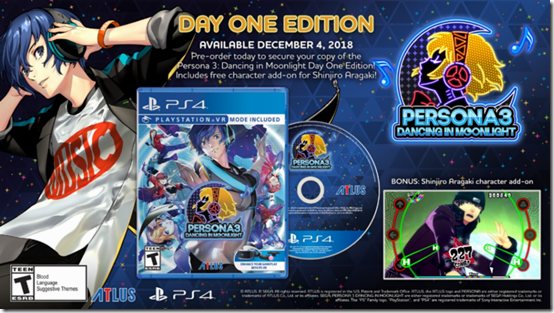 Persona 3: Dancing in Moonlight and Persona 5: Dancing in Starlight will be coming to the PlayStation 4 and PlayStation Vita on December 4, 2018. Both are immediately available in Japan.