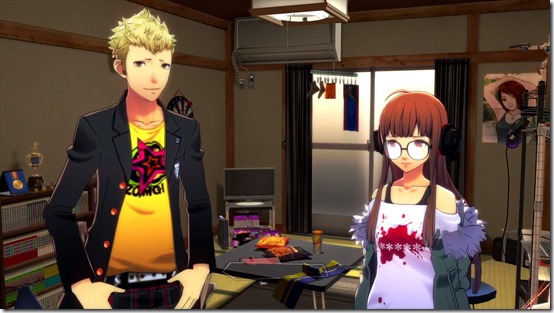 Persona 5: Dancing in Starlight is not only about dancing to 25-30 odd songs, depending on how much DLC you acquire. It is about getting to spend more time with the characters and maybe learn a little more about them. One of the most unexpected ways the game accomplishes this is through the Commu segments. Once you build up a bond to Rank 6, you unlock a character’s room to explore. This adds a whole new element to the game.

The when you engage in Commu segment with someone after Rank 5, you will be in a room with them. The two of you will do the normal talk. After that concludes, you are given free reign to go ahead and wander around the room. It is a single room to look at, with people able to change the height and direction of the camera as they virtually wander around the space. It is an opportunity to do something we might not have been able to appreciate or even see in Persona 5. 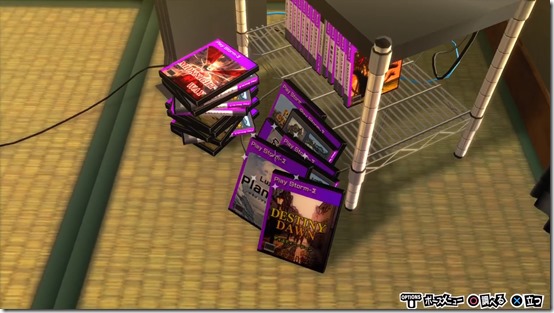 Some of these revelations are hardly shocking. I do not want to alarm anyone, but Futaba is a big fan of Phoenix Ranger Featherman R. You can see the figures of Red Hawk and the rest of the crew on her shelf. She also has a poster with Egyptian hieroglyphics on display. Yusuke has in-progress paintings and sketches of Ann, from back when she modeled for him in Persona 5, on his easels and laying against the wall. I especially liked looking at the Play Storm Sigma games, with their fake covers. But what’s equally fun is when characters surprise you. Like who knew Makoto loved pandas? I didn’t!

I also appreciated how each room had a scavenger hunt element to it. Each of the last three Commu Rank rooms have a card in there hidden by Caroline and Justine. When you find one, you get to see a brief note from the duo and receive a reward for it. I do not want to spoil things for people, since part of the fun comes from really hunting for these extras, but here is a hint about Yusuke’s first one. There is a small kokeshi in his room on the floor, to the left of the abstract of Ann. You will find the card from the twins at its feet. 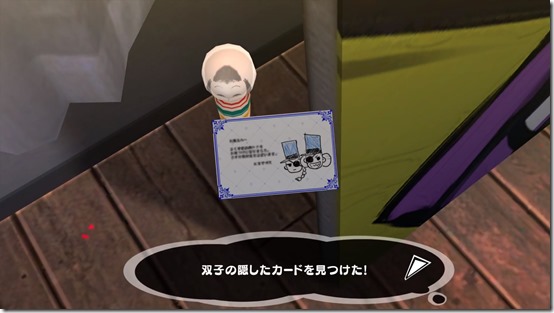 All of these are definitely worth finding, since it means more accessories and costumes. Shin Megami Tensei: Strange Journey Redux fans will recognize the Demonica they can get from finding a card in Ryuji’s room. There are more glasses and sunglasses than I know what to do with. I have not unlocked any of them yet, but a few costumes are even tied to these cards. It is a nice way to offer even more customization options for people to earn and enjoy.

This extra element gives people a chance to learn more about their favorite Persona 5 characters. Exploring the rooms in Persona 5: Dancing in Starlight lets us see how these virtual characters live. We can click on certain objects to learn more about the people and what parts of their lives we might not otherwise see. And, the inclusion of cards to collect gives us an excuse to really scour each area. It is a fun bonus for people who are fans of this installment.