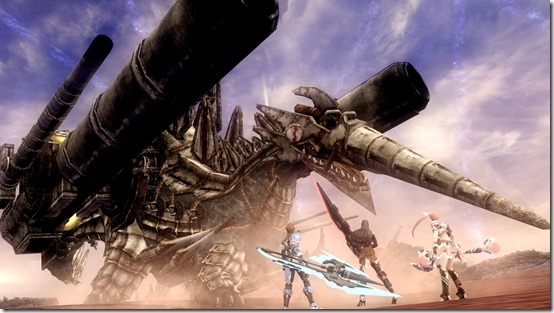 Sega recently revealed some extra goodies that first-print copies of Phantasy Star Nova for PlayStation Vita will include. Famitsu gives us a look at some of the bonus items, along with a glimpse at some familiar characters. 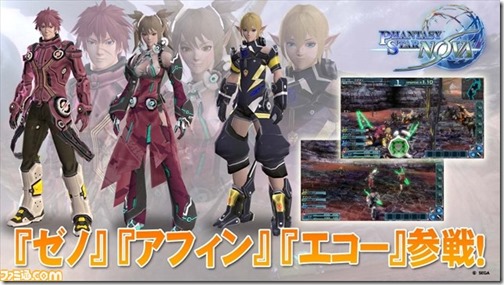 Zeno, Echo, and Alfin from Phantasy Star Online 2 have been revealed as characters who’ll fight on your side in Phantasy Star Nova. However, it seems like they won’t have anything to do with the story, but they’ll still be there to lend a hand in battle. 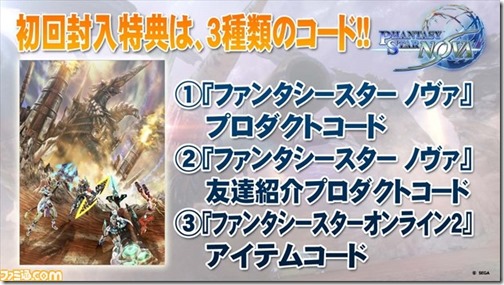 As previously reported, the first-print copies of the game will include three different sets of bonuses. Here’s a closer look at what’s included: 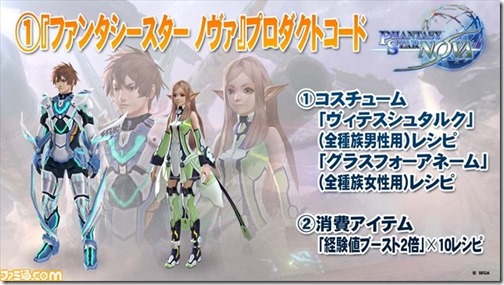 The first is a set of recipes that can be used to craft the costumes shown above. As a correction to our earlier report, the ten “EXP Boost +200%” items aren’t from a recipe, but they’ll come as usable items. 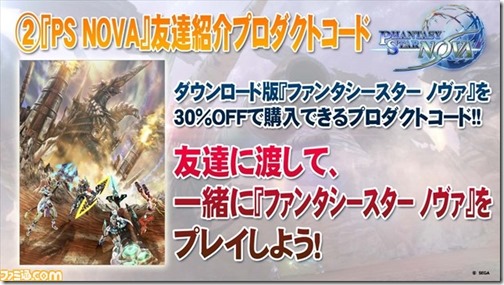 Next is about the 30% discount you can give to any of your buddies for a digital version of Phantasy Star Nova. Getting the game this way will also include all three sets of first-print bonuses. 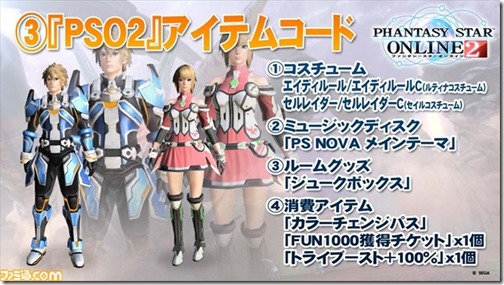 Finally, the third set is an item code that hooks you up with various things that can be used in Phantasy Star Online 2, like the costumes shown in the above image, a music disc featuring Phantasy Star Nova’s main theme and a juke box for your personal room, along with some other usable items. 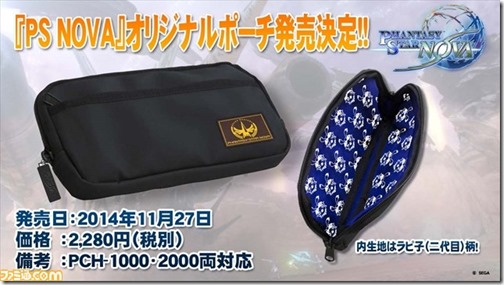 The above is another look at the original Phantasy Star Nova PlayStation Vita pouch that will be available on the release date of the game, for 2,280 yen ($22.80).

Phantasy Star Nova is slated for release on November 27, 2014 for PlayStation Vita.