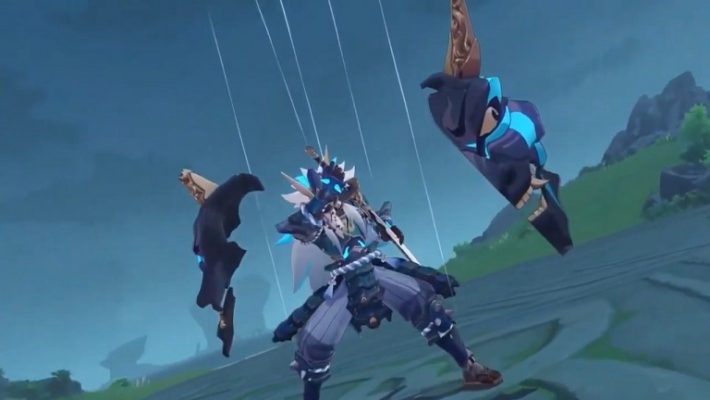 A new combat event titled “Legend of the Vagabond Sword” went live in Genshin Impact, allowing players to challenge three world bosses in a special domain. The event will last from June 25 to July 8, 2021, with a total of 7 challenges that will unlock every day. This event was first teased on the interactive preview site for Version 1.6. Players can obtain 60 Primogems the first time they clear the challenge, as well as a special name-card.

The three world bosses that players can fight are: Oceanid, Primo Geovishap, and Maguu Kenki. Maguu Kenki is a world boss that first appeared during the Midsummer Island Adventure event, which is ending soon. The Golden Apple Archipelago will remain for a limited time even after the event duration.

Like previous combat events, such as the Hypostatic Symphony from earlier this year, players can set handicaps and customize the match as they please. While these limits can make the battle much harder, they will also allow the players to score higher points. Players will need to be at least Adventure Rank 20 in order to access the Legend of the Vagabond Sword event.

miHoYo is also running a challenge video submission event, with rewards such as Primogems and merchandise. In addition to the Legend of the Vagabond Sword, there is a web event featuring Kazuha, who will be the first Inazuma character available in the gacha for Genshin Impact.