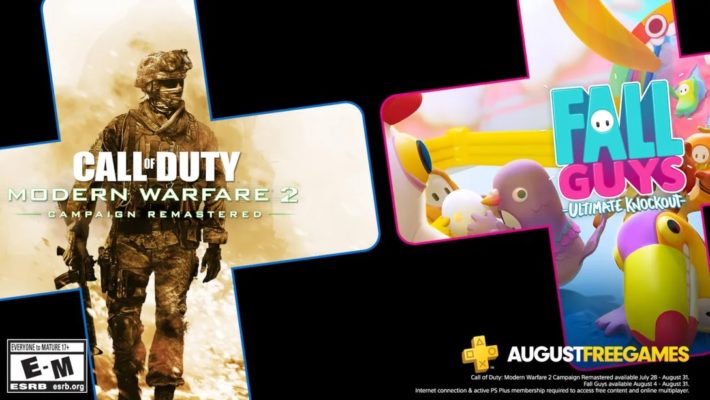 The PlayStation Plus August 2020 games have been revealed via the PlayStation Blog. People will be getting something old and something new. The old is Activision and Infinity Ward’s Call of Duty: Modern Warfare 2 Campaign Remastered, which will be available starting July 28, 2020. The something new is Fall Guys: Ultimate Knockout from Devolver Digital and Mediatonic, which will launch on the PS4 and other platforms on August 4, 2020.

Fall Guys: Ultimate Knockout is both a competitive and cooperative game where you attempt to get through challenges and obstacle courses. Up to 60 people can play online at once. It will launch on August 4, 2020 and normally costs $19.99.

The PlayStation Plus July 2020 games are currently available, and people have until August 3, 2020 to grab them. They were Erica, NBA 2K20, and Rise of the Tomb Raider: 20 Year Celebration.