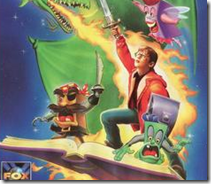 Last year, DJ Max publisher PM Studios mentioned they were making an RPG. The game is still in development and we have an update on how it’s doing.

“The game is still in development but we are having some issues. The platform we chose is kind of doing bad and we don’t think there is a chance of success on it, so we are in middle of converting it over for another platform,” Michael Yum, Executive Producer, said to Siliconera.

This RPG will be PM Studios first take on the genre. Their other games include shooters like Gunbird 2 Remix and Strikers 1945 Plus. Yum couldn’t reveal the game, but he gave us another clue. “Other than that, all I can say is, it is based on a book.”