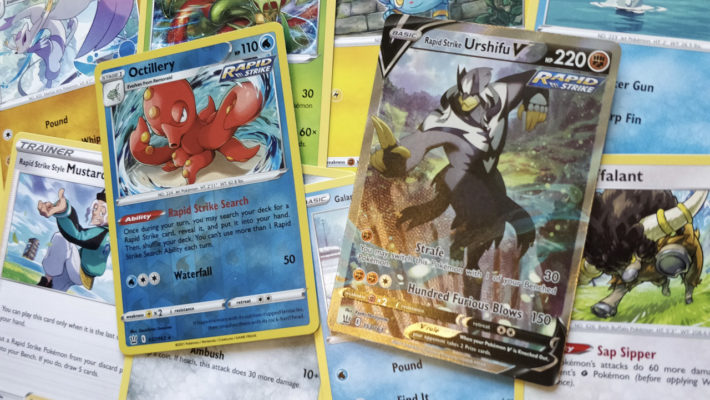 The Pokemon Trading Card Game is enjoying yet another boom, flying off shelves even amid a global pandemic. With the new Battle Styles set, it seeks to capture the spirit of the Sword & Shield expansion pass. It offers head-to-head combat between two themed factions, along with a handful of gems for longtime competitive players.

The core of the set is certainly Urshifu, the dual-styled addition from Isle of Armor. Some cards feature a “single strike” or “rapid strike” icon, and abilities and special trainer cards give those designations purpose. Single Strike cards build around maximizing one-time damage, while their Rapid Strike counterparts spread out damage and retreat quickly to the bench.

So the Battle Styles expansion is best played as a duel of sorts. This isn’t the first time we’ve seen that from Pokemon. It’s been a while, but sets like Primal Clash have built around opposing forces. As they’re built around these strategies, there aren’t a lot of standalone cards for high-level play. There are a few! Level Ball is back after its years-long absence, allowing you to search for useful low-HP Pokemon. Kricketune V might be a helpful addition, letting you draw up to three cards each turn. But mostly this is a set about its own ideas.

It’s interesting that this expansion is the first core release in a long time without accompanying theme decks, then. After all, it’s obvious what they’d be! Given that, your best option is to grab some boosters and build something for yourself. That’s fun and interesting, though if you go that route, know that a lot of the set connects to neither faction. It’s likely the biggest weakness of the set: the pool of Single and Rapid Strike options feels really limited. It would be nice to have more flexibility for building decks around these ideas. Still, these limits mean that, even though they’re not game-breaking, the two Urshifu variants are your best bet for leading your attacks. 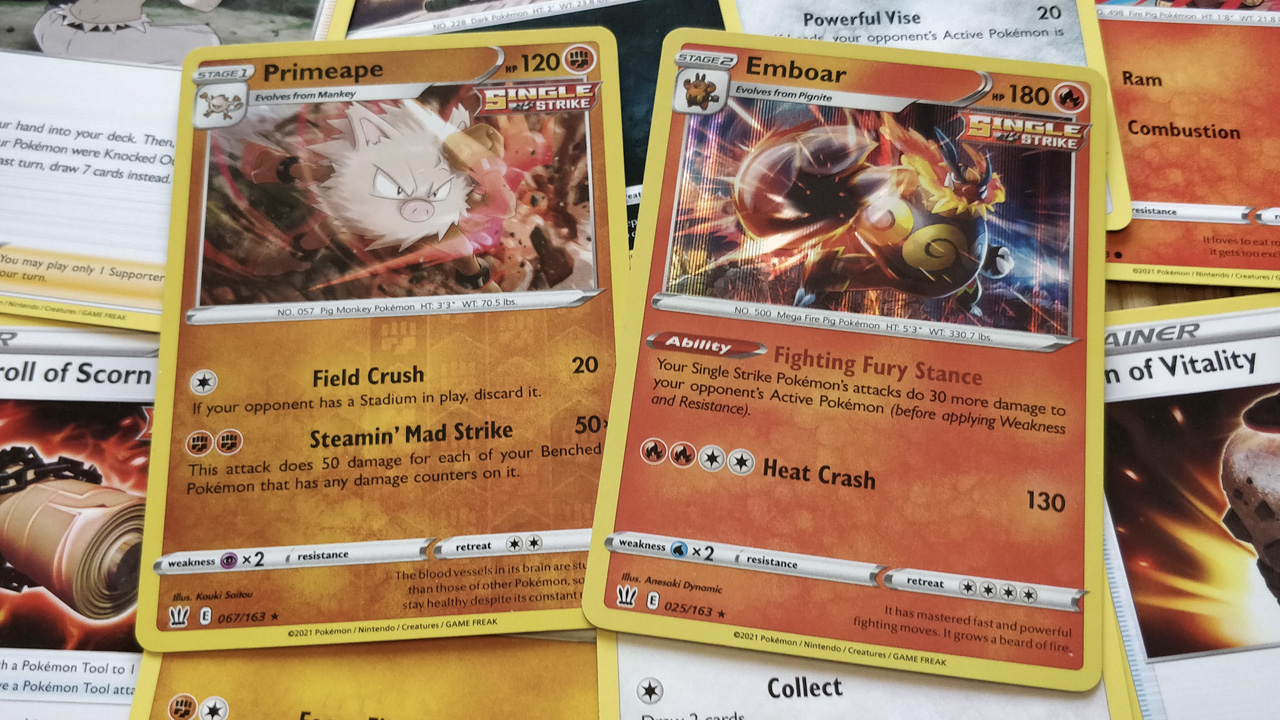 Battle Styles’ Single Strike team also includes Tyranitar, Houndoom, Mawile, Primeape, Stonjourner and Emboar. You’ll generally be loading a bunch of energy onto a creature and discarding it for a huge burst, or using attacks that can’t be picked twice in a row. The advantage here is the sheer damage output against foes like other Pokemon V, and you only need to take out a few of those to win.

Meanwhile, the Rapid Strike team requires a bit more strategy. Octillery, Empoleon, Falinks, Mienshao, Carnivine and Luxray anchor this squad. The whole crew loves it when you swap out active Pokemon, either yours or your opponent’s. It’s a good thing, then, that Escape Rope is back in this set! Rapid Strike cards want to spread out the damage and keep the pressure up, accepting a few losses here and there as you stick and move.

Each faction has special energy cards, supporters and stadiums to support their strategy. Even if they’re not tuned for tournament play, using the two against each other feels like an anime-style battle with dramatic twists and sudden counters. It fits! It isn’t a set for everyone, but it’s a fun change of pace for a card game that has outlived countless others.