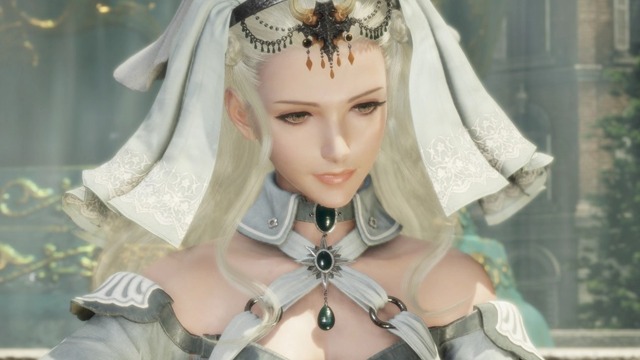 In an Famitsu interview, Creative Producer Tetsuya Nomura revealed that Princess Sarah will have a larger role in Stranger of Paradise Final Fantasy Origin than she did in the original Final Fantasy. However, the exact details regarding her involvement and her importance in the story, were not disclosed. He also revealed that Final Fantasy VII Remake Character Designer Roberto Ferrari created the new look for Princess Sarah. [Thanks, Famitsu!]

When asked about the role of Princess Sarah and the reveal of Jack’s full name being Jack Garland, Nomura had this to say:

Originally, I was planning to hide that Jack was Garland.. But I decided to change the direction of the marketing from “Who is Jack?” to “Why did Jack become Chaos?” The scene where Garland is holding a woman is the opening of the main story, but it is also in the later half of the story, so I can’t provide too many details. But Princess Sarah will have a larger role than in the first Final Fantasy title.