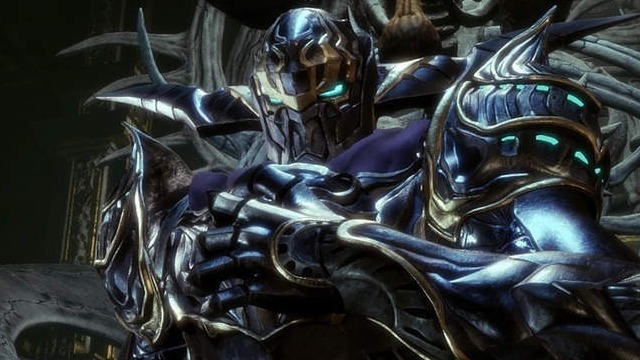 In an interview with Famitsu, Creative Producer Tetsuya Nomura shared more information regarding Stranger of Paradise Final Fantasy Origin. This includes how the title came to be, and whether or not Strange of Paradise is actually connected to the first Final Fantasy game in any substantial way. [Thanks, Famitsu!]

First and foremost, Nomura explains how the title of the game came to be. In the interview he states that while Stranger of Paradise is based off of the first entry in the Final Fantasy series, the crux of the story is that Jack is a stranger to this new world. Nomura describes the world of Final Fantasy as a “Paradise,” and Jack is therefore a stranger in that land.

He goes on to state that this game is not a continuation of the first Final Fantasy game. This title draws inspiration from the first game. It more or less uses it as a “motif,” according to Nomura. Additionally, the Shrine of Chaos that is available during the limited time demo will differ from the one that will appear in the complete game.

Nomura also explained that Jack’s appearance, specifically his starting outfit, was designed to clearly state that he is not from the world of Final Fantasy. He also mentions that players will more than likely change their equipment a lot. Additionally, due to Jack and the Warrior of Light sharing a similar goal, Nomura mentions that they had to design these characters to be completely different from the actual Warrior of Light. Additionally, he does state that Jack’s name has a special meaning and that the reasoning for it is spoiler related.

Stranger of Paradise Final Fantasy Origin will come to the PS4, PS5, Xbox One, Xbox Series X, and PC in 2022. The Trial Version demo available on the PS5 until June 24, 2021.