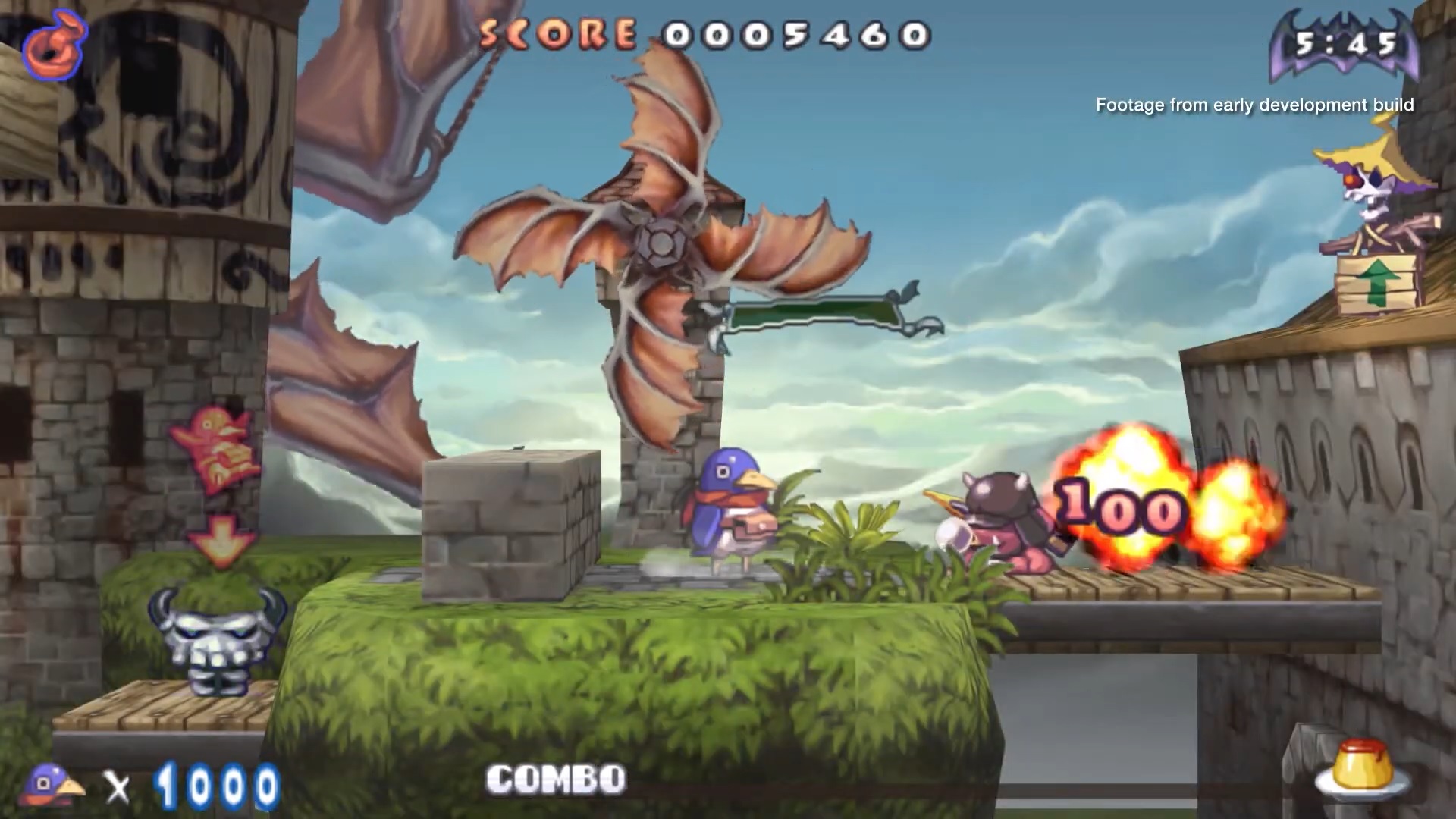 One of NIS’ most punishing platformers is poised to return. Can you really be the hero, Prinny? Yes. Yes you can. Prinny 1-2: Exploded and Reloaded will come to the Nintendo Switch in Fall 2020, bringing complete versions of Prinny: Can I Really Be the Hero? and Prinny 2: Dawn of Operation Panties, Dood! to the Nintendo Switch. In addition to including every bit of DLC, it will also feature updated graphics.

Prinny 1-2: Exploded and Reloaded begins with 1,000 Prinnies being tasked by Etna to get the Ultra Dessert. You have to go through different stages to get the ingredients for their master’s snack. It also has a special storyline where Asagi, the perennial heroine who never gets her own game, is trying to become the star of this game.

In the sequel, a Phantom Thief stole Etna’s unmentionables, and it is up to the Prinnies to get them back and make him suffer. Like the original, it has a second storyline starring Asagi. Except here, she is Prinny Asagi fighting other versions of herself to prove she’s the real Asagi and be, once again, a star.

In addition to the standard version, a Prinny 1-2: Exploded and Reloaded limited edition will be available through the NIS America Store. This gives people a copy of the game, a Prinny’s Scrapbook of Memories art book, Prinny’s Awesome Mix soundtrack CD, an Asagi Wars poster, and a Nanoblock-style Can I Really be a Prinny Block? kit.

Prinny 1-2: Exploded and Reloaded will make its Nintendo Switch debut in Fall 2020.